Not in Kansas Anymore… 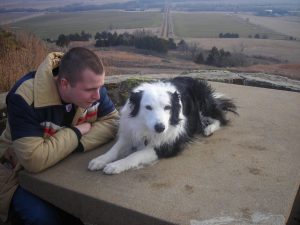 When you tell people you live or have lived in Kansas, they invariably respond with a line from The Wizard of Oz. They usually think this is pretty clever but I can tell you it gets old. That said, I thought I’d take advantage of the opportunity to use the line myself. After all, I truly am not in Kansas anymore…Or am I?

I’ve moved to Rochester after spending two and a half years in Manhattan, Kansas (also known as the “Little Apple“). Working for the Kansas State Historic Preservation Office and taking my own weekend jaunts with my boyfriend and amiable Border Collie, Heidi, I saw and experienced quite a bit of the state’s natural and cultural resources. I traveled the state’s scenic byways (ksbyways.org), visited natural oddities such as Mushroom Rock State Park and Rock City, experienced local traditions such as Tulip Time and the Bartlett Arboretum in Belle Plaine, sampled food in local towns, and documented wonderful architecture–ranging from New Deal-era parks to downtown commercial buildings, barns, and early vernacular stone farmhouses. 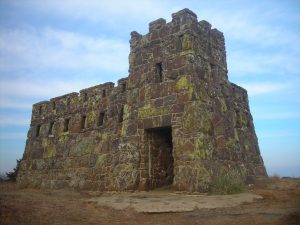 While doing all of these activities, I marveled to myself how different Kansas was from New York. There was no value judgment attached to this, just a simple observation. To me, somehow the culture, the people, the small towns, the way folks lived life in those towns just seemed different, perhaps even a little foreign to a northeasterner such as myself. I grew up in Syracuse, New York and experienced a fair amount of the state–from New York City to the Adirondacks and the small-medium sized towns in between. Regardless, when I moved to Kansas, I arrived with the same assumptions and stereotypes that I’ve encountered amongst most northeasterners since I returned to this part of the country, namely that Kansas is a flat vast wasteland filled with corn and wheat fields and not much else. Through my travels, I quickly learned that this was not the case. There were interesting things waiting around almost every corner, the places I mentioned above being just a small sampling. 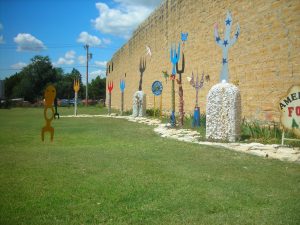 Now that I have returned to New York and have had a chance to travel outside of Rochester a little, I’m beginning to realize that upstate New York and Kansas have more in common than I thought. Driving into Mount Morris was oddly reminiscent of driving into many towns I documented in Kansas. (Fear not New Yorkers, this is not a bad thing!). Sure New York has a lot more trees and, of course, about the earliest building stock you’ll see in Kansas dates to the early 1860s but when it comes to small town commercial and residential architecture, natural beauty, and historic preservation, they have a lot more in common than you might think. Communities in both states face similar challenges: dwindling populations, limited employment opportunities, the vinyl siding salesman. On the flip side, communities in both states are using historic preservation tools–adaptive reuse, tax credits, grants, historic resource surveys, to name a few–to combat these challenges, restore economic vitality, and preserve their communities. 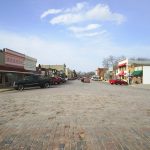 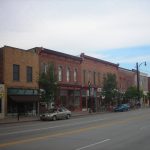 So, what’s my point? After spending just a few years there, I feel better acquainted with the Sunflower State than my home state. It’s time for me to hit the road and absorb some local culture in upstate New York. While I love to dispel myths about Kansas and encourage folks to visit, I’d also like to encourage you to explore your own communities–visit a nearby town or village, sample some local food, throw back a beer (or other non-alcoholic beverage) at the local watering hole, buy a gift at a local shop, learn something new at a museum, or just marvel at the architecture and the landscape. 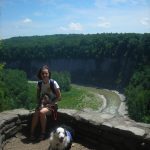 Once you’ve done that, maybe you’ll think about giving Kansas a shot?

Not in Kansas Anymore…

5 thoughts on “Not in Kansas Anymore…”