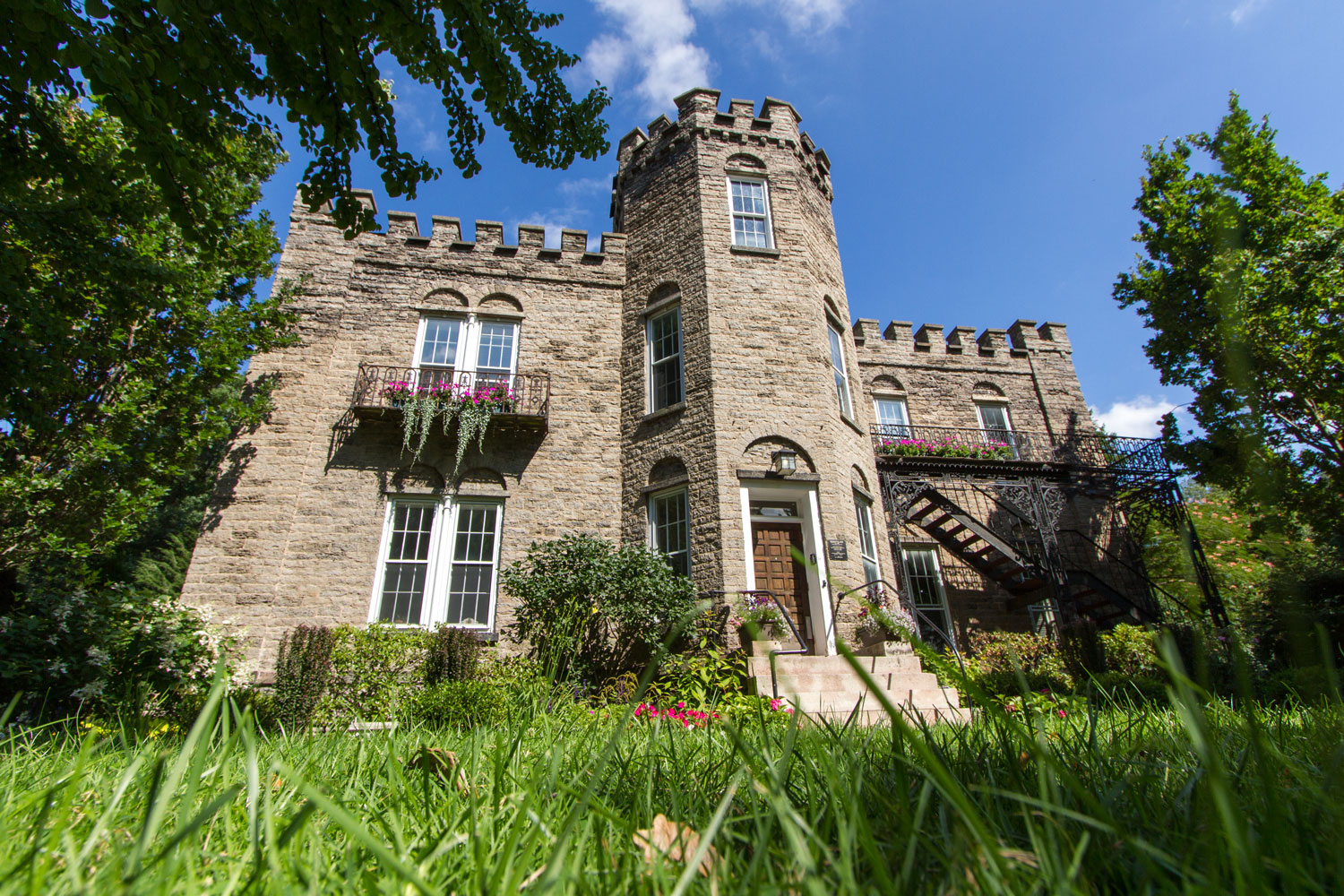 Where can I get money to restore a building?
What is a landmark?
How does a building become a landmark?
What is the difference between National Register and local designation?
What is a historic district?
I heard that if I live in a historic building I can’t do anything to change it. Is that true?
What are the benefits and drawbacks of living in a historic district?
I own an old building and want to take good care of it. Are there guidelines I should follow?

Where can I get money to restore a building?

This may be the question we hear most often at the Landmark Society. Unfortunately, there are very few public or private sources of money for historic preservation.

At this time, there is no source of funding in our area for people who wish to restore their personal residences. Private homeowners of historic buildings must find financing the same way any other homeowner would: bank loans and personal funds. Low-income homeowners may qualify for other housing or rehab assistance programs not specifically tied to historic preservation.

There are a few grant sources available for municipalities, nonprofit entities, and religious congregations wishing to restore their buildings; these grants are highly competitive and typically cover only a small portion of project costs.

The federal government also offers a tax credit for the rehabilitation of historic buildings. This is limited to income-producing properties such as rental apartments and retail stores; the complexities of this program mean that it is rarely a realistic option for relatively small projects.

Click here for a more detailed explanation of funding for historic buildings.

What is a landmark?

Each of the levels of government with the authority to designate landmarks determines its own criteria for designation. Typically, in order to qualify for designation, a building or other property must be at least 50 years old, must retain a high degree of integrity, and must have some level of historic significance. For example, the building could have played an important role in local, state, or national history, or it could be an excellent example of an architectural style.

How does a building become a landmark?

The process of becoming a landmark varies depending on which government body is involved. The basic process involves someone – often the building owner – nominating the property for landmark status. If the building is being nominated to the State and/or National Register of Historic Places, the nominator must fill out a lengthy form detailing the building’s present appearance, history, and historic significance, in order to demonstrate how it meets the criteria for designation. Local landmark programs vary widely, but typically involve a nomination form and a public hearing. Local designation is only available in communities that have established a historic preservation ordinance.

Click here for more information on the process of nominating a building to the State and National Registers of historic places; for information on local designation in your town or village, contact your local government.

What is the difference between the National Register and local designation?

National Register listing and local landmark designation are two entirely separate processes. Some historic buildings have been designated under both programs, while some have received one form of designation or the other. Still other potential landmarks have never been designated under either program simply because no one has yet filled out the necessary application.

The two forms of recognition for historic properties have very different implications. In the United States, preservation laws have “teeth,” or enforcement power, only at the local level, while national designation is largely honorary. National Register listing does not impose any restrictions to prevent private owners from making any changes to their buildings, or even demolishing them, as long as no public money is involved in the work.

Local designation, on the other hand, can be a powerful tool in preserving community character. In some municipalities, owners of locally designated landmarks must present their plans before a review board prior to making exterior changes. The authority of the review board depends on the powers given to it in the municipality’s preservation ordinance. Some boards are only advisory, while others have the authority to review virtually any alteration. Most fall somewhere in between, and must approve exterior changes but do not review such minor issues as paint color.

What is a historic district?

A historic district (sometimes called a preservation district) is a neighborhood or group of buildings that have been designated together. The properties that make up the district may not, as individual properties, have enough significance to qualify as landmarks, but are important because they contribute to the overall character of the area. For example, a neighborhood of well-maintained houses built in the 19th or early 20th century may qualify as a historic district if the buildings still convey a sense of the early appearance of the neighborhood.

The process of creating a historic district is similar to the process of designating an individual landmark, but is typically more complex. Each property must be evaluated and documented, and the history and description of the district as a whole must be recorded.

I heard that if I live in a historic building I can’t do anything to change it. Is that true?

The short answer to this question is “no.” Preservation laws recognize that change is a necessary part of life. In order for old buildings to remain a vital part of contemporary life, they must be allowed to change. Historic preservation does not mean that buildings are to be frozen in time.

It is true, however, that there are limitations on changing certain old buildings. First of all, it is important to find out whether the building in question has been designated as a local landmark, or is in a locally designated district. Properties in the National Register are not subject to any restrictions unless they are also designated at the local level.

If your building is a local landmark or is in a locally designated preservation district (also known as a historic district), there may be a process to follow if you wish to make exterior changes. Interior changes are not subject to review, with the very rare exception of certain public buildings.

Preservation laws vary widely from municipality to municipality, so if you do own a locally designated landmark or live in a local preservation district, you will need to check with your local town or village hall to find out the process you need to follow if you wish to make exterior changes. You will probably be required to fill out paperwork showing what change you would like to make, and will then appear at a public hearing before a review board, often called a Preservation Board, Architectural Review Board, or something similar. The board will consider whether the changes you wish to make are appropriate to the historic character of the building and/or district. No review is required for ordinary repairs such as replacing a missing or deteriorated element with one exactly like it, and most boards do not review paint color.

What are the benefits and drawbacks of living in a historic district?

There may be both tangible and intangible benefits to owning property in a historic district. Some studies have shown that property values rise faster in designated historic districts than in similar, nondesignated neighborhoods. This may be because owners have the assurance that their neighbors will be unable to make changes that would be detrimental to property values. In some parts of the country, there are financial incentives for the rehabilitation of properties in historic districts, although those are extremely limited in our region.

Some owners believe the extra level of approvals needed before making exterior changes is a drawback to historic district living. This must be weighed, however, against the fact that other property owners are bound to the same regulations.

I own an old building and want to take good care of it. Are there guidelines I should follow?

The Landmark Society has published a guide called Rehab Rochester, which provides practical advice for maintaining an older house. The complete text, including the illustrations, is available online.

Guidance from the federal government is also available. The U.S. Department of the Interior has created a set of standards for the treatment of historic buildings. The standards do not mandate particular practices, but rather provide a framework for making decisions. An online version of the standards, including guidelines relevant to particular building elements (such as windows and porches) is now available.