In conjunction with Gay Pride month, The Landmark Society of Western New York announces its newest initiative — a Rochester LGBTQ Landmarks Survey created to identify landmarks of significance in the history of Rochester’s LGBTQ community and recognize their importance both historically and culturally.

“With the recent National Historic Landmark designation by President Barack Obama of the Stonewall National Monument, the first Gay Rights Monument in the country, and the recent mass shooting at an Orlando Gay Bar, it is particularly significant that The Landmark Society is creating this initiative in Rochester,” said Larry Francer, Landmark Society Associate Director. 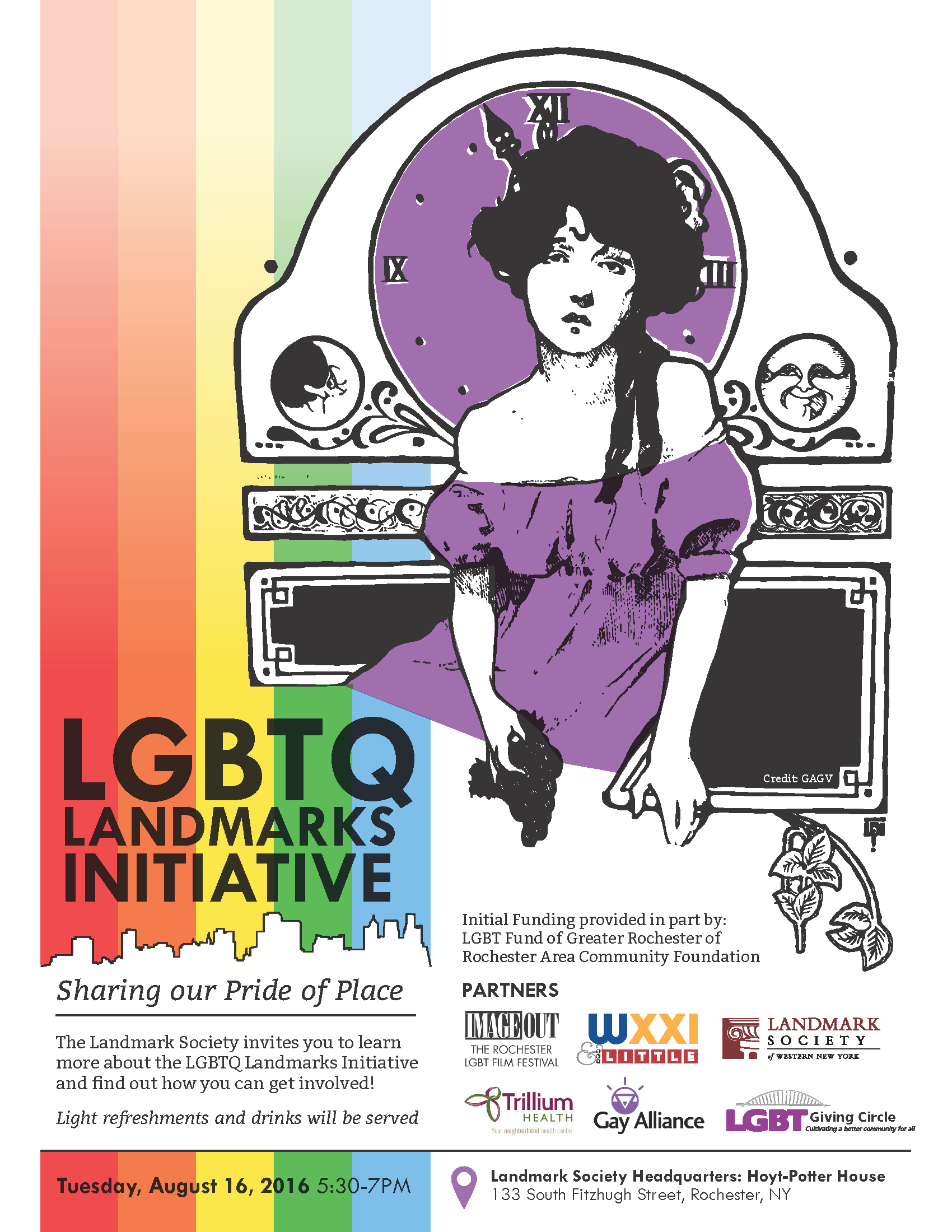 According to Francer some places of importance to the local LGBTQ community were likely established in secrecy and could fade into anonymity unless their history is documented. Other sites have changed owners so many times that their importance may be overlooked. The initial part of this project recruited a volunteer advisory committee and identified potential sites. Moving forward, the effort will be led by The Landmark Society staff and the advisory committee with guidance and support of volunteers from the LGBTQ community and beyond.

The first phase of this project was funded in part by the LGBT Giving Circle through the Rochester Area Community Foundation with partners including the City of Rochester, the Gay Alliance of Genesee Valley, ImageOut, Out & Equal New York Finger Lakes, Trillium Health, and WXXI.

The purpose of the LGBT Giving Circle is to bridge diversity and cultivate community. “The Landmark Society believes that this groundbreaking initiative will offer a unique opportunity to educate the entire Rochester community about the history of the local LGBT movement and create a sense of pride about the place that our City occupies nationally in the fight for gay rights,” said Francer. “Just as Rochester is celebrated for the instrumental role that it has played in the abolitionist and women’s rights movements, so should it be recognized for its contributions to LGBTQ equality.”

This linkage can be made through the lens of history and framed educationally by The Landmark Society which is recognized for its preservation-based mission. The organization successfully completed a similar project recently by chronicling local African-American landmarks with positive results within the community.

All those interested in being a part of the initiative are welcome to attend a public meeting on Tuesday, August 16, 2016, 5:30-7:00pm, Landmark Society Headquarters, 133 South Fitzhugh Street, Rochester. For more information contact Larry Francer.