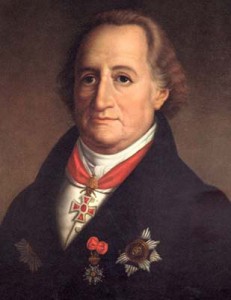 Perhaps you’ve heard about that quote, from late 18th century writer Johann Wolfgang von Goethe. Goethe elaborated, by suggesting that architecture produces the same “tone” or effect in your mind as music.

But what about the reverse? If architecture is frozen music, does that mean music is liquid architecture? Are there connections between architecture and music – or more specifically, historic preservation?

Folks at The National Trust for Historic Preservation have given this some thought. Their forum list discussion resulted in contributors building a playlist of songs that refer to the designed environment. Called “Songs of the Preservationist,”
it’s a fun read, and amazingly varied – everything from traditional songs (Little Old Sod Shanty on the claim or Stephen Foster’s My Old Kentucky Home) to popular 20th century pieces (Rosemary Clooney’s Come On – My House or The Beatles In My Life) to contemporary pieces (Vampire Weekend’s Mansard Roof or rapper Eminem’s “Beautiful.”)

You can see the entire playlist here.

They’ve even put a video playlist on Youtube, where you can enjoy several of the songs and their videos (just be aware that there is a bit of “adult” language in some of the songs. Did I mention Eminem?)

Goethe was certainly a deep thinker, comparing the effect of architecture to the effect of music on our minds – That it gives you a sense of the art, of what is greater or bigger than ourselves, what transcends our lives. While I appreciate that philosophical perspective, I prefer the way music – and architecture – connects intimately with the personal level in my life.

We’ve all experienced hearing a song from a past period in our lives – maybe when you were in college, when you were 10 years old, when you were first married – and felt that pull to your earlier time. For a moment it’s as if the intervening years have disappeared.

Don’t you think the physical environment of the architecture around us has the same effect?

This thought crossed my mind when I heard Miranda Lambert’s new song, “The House That Built Me.” It’s a touching tribute to the memory and meaning of our childhood home. The singer visits the house where she grew up, hoping the new owners will let her in, as she promises to “take nothing but a memory.” She hopes the visit will help her recapture her authentic sense of self.

Think about your childhood home. What can you recall about living in that home? Think about how it felt, as a kid, to live there. Remember the feeling of the banister – or the doorknob – or the way the windows opened?

In the historic preservation field, we get accustomed to thinking on a larger scale – the house’s architecture, the streetscape, the preservation district, the city. It’s enlightening to bring it back to a personal level – and what could be more personal than the spaces you inhabited as a child?

I didn’t know that I was growing up in a classic American Foursquare house. I remember the feeling of perching at the top of the staircase when I was supposed to be in bed. I’d peer through the balusters of the handrail at the adults watching TV in the living room.

Those balusters were my “bird blind” – where I got to observe the adult world in secret (at least until the night I fell asleep and got caught.) Is it any wonder I grew up to be someone who liked the secret spaces and staircases of older homes?

I bet you know a bunch of people living in their childhood homes today. I mean the children you know! They are building their memories and future attitudes about the “frozen music” of architecture now. They know their own personal spaces. It’s our job as adults to help them see the bigger picture. If the kids you know are in elementary school, check out our summer program “Arch-KID-Tecture” where they will have lots of fun getting a wider perspective. Just visit our website for all the details .

I’m grateful that singer Miranda Lambert’s song helped me make this connection between my past and present experiences in architecture.

It’s a good thing that her house was still standing.

Posted by Director of Museums and Education Cindy Boyer