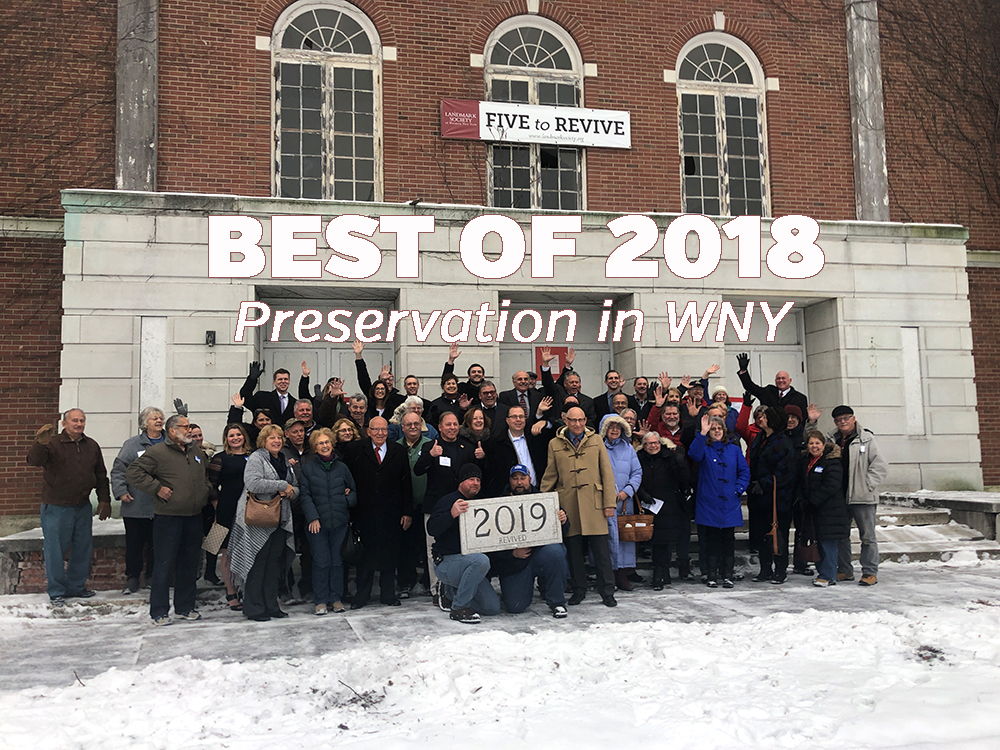 It’s that time of year, when pundits, news outlets, and TV shows look back on the year in review, when  Facebook and Twitter feeds are filled with best-of lists. So why not jump on the bandwagon? Here’s our look back at 2018 with our Top 18 preservation successes.

Thank you to everyone who supports our work; together we can make a difference in communities across WNY. You can continue to support successes in your community by donating to our 80th Anniversary Campaign. 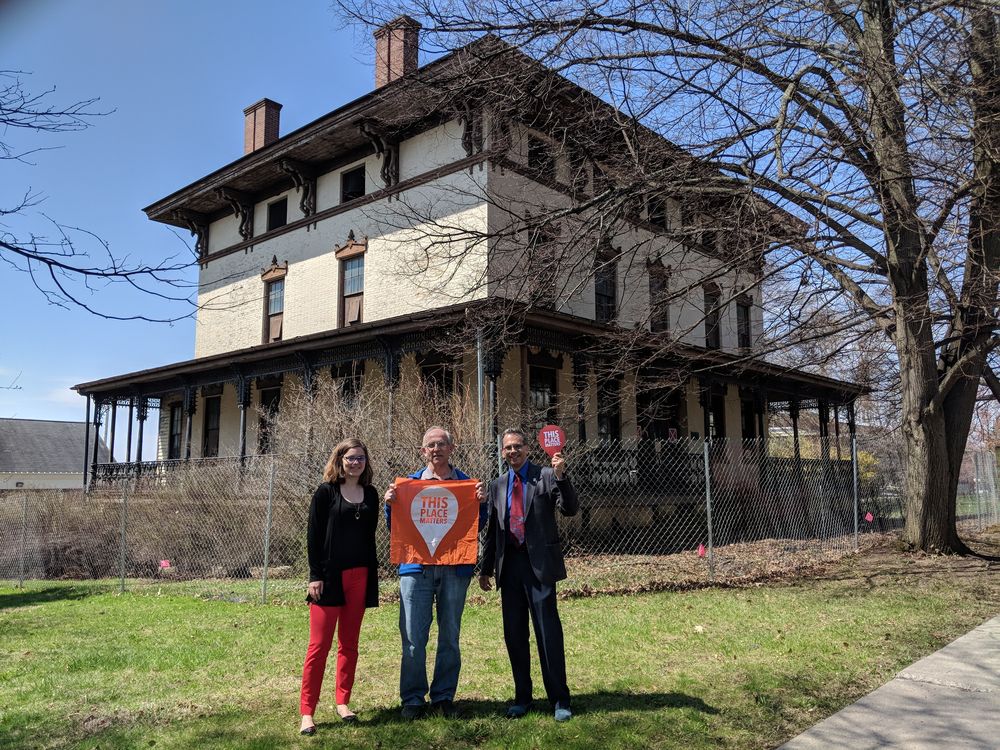 Parrott Hall in Geneva was named to our 2018 Five to Revive list in October but staff had been working on behalf of this building for nearly a year preceding the listing. We formed a coalition along with the City of Geneva, the Friends of Parrott Hall, and the Preservation League of New York State to advocate for reuse. With a demolition contract set this past spring, the building was literally days away from demolition when its owner, the NYS Office of Parks, Recreation and Historic Preservation relented and agreed to work collaboratively with the Coalition.

Since then, the Coalition has worked with NYS Parks to develop a plan for stabilization. Just a few weeks ago, the City of Geneva received a $400,000 grant from NYS to help fund that stabilization, which will include remediation of hazardous materials and patching of the roof. We will continue to raise funds and develop plans for the complete rehabilitation of this important building.

Along with our Five to Revive list, we made another important announcement in October–that we would be relocating our offices to Warner Castle in Highland Park. We are delighted to be working with Monroe County to spruce up this unique building and our staff can’t wait to work in a Frederick Law Olmsted-designed park. 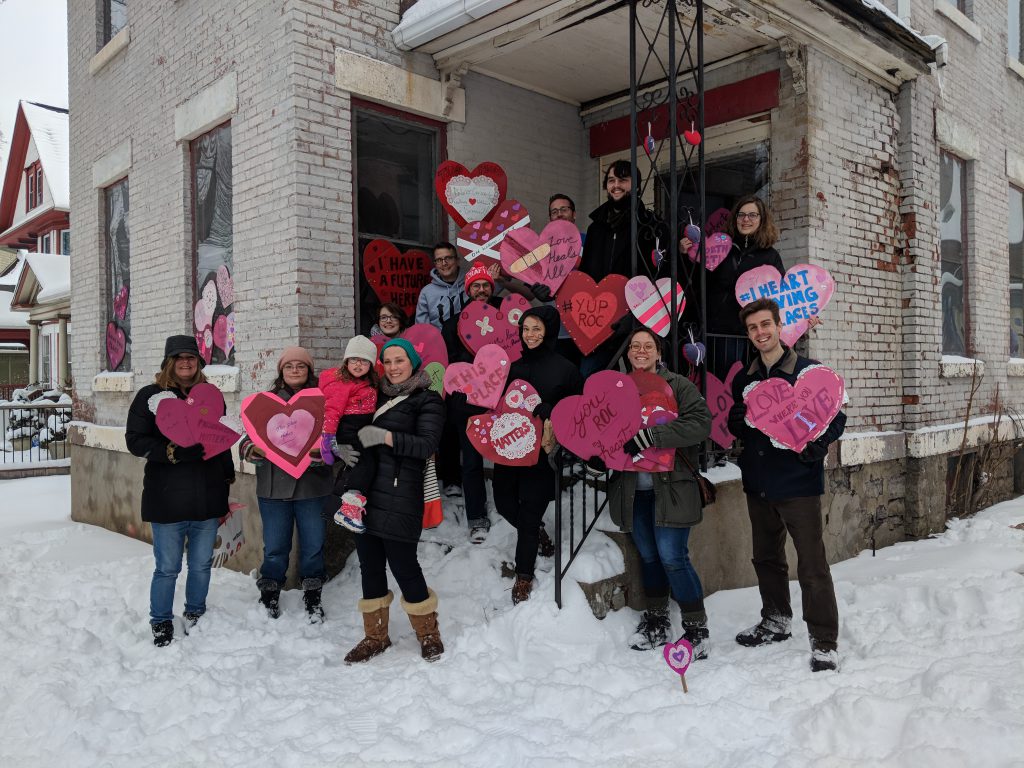 With the expert guidance of Dr. Suzanne Piotrowski of BadFish Consulting (along with the feedback of the community), the Young Urban Preservationists completed their first Strategic Plan. This plan will guide their work for the next three years. It also includes new mission and vision statements. If you’re roughly between the ages of 20 and 45 and want to learn more about the YUPs, attend their Open Meeting on January 10th where they’ll be presenting the results of the plan and where they’ll seek new members/volunteers. 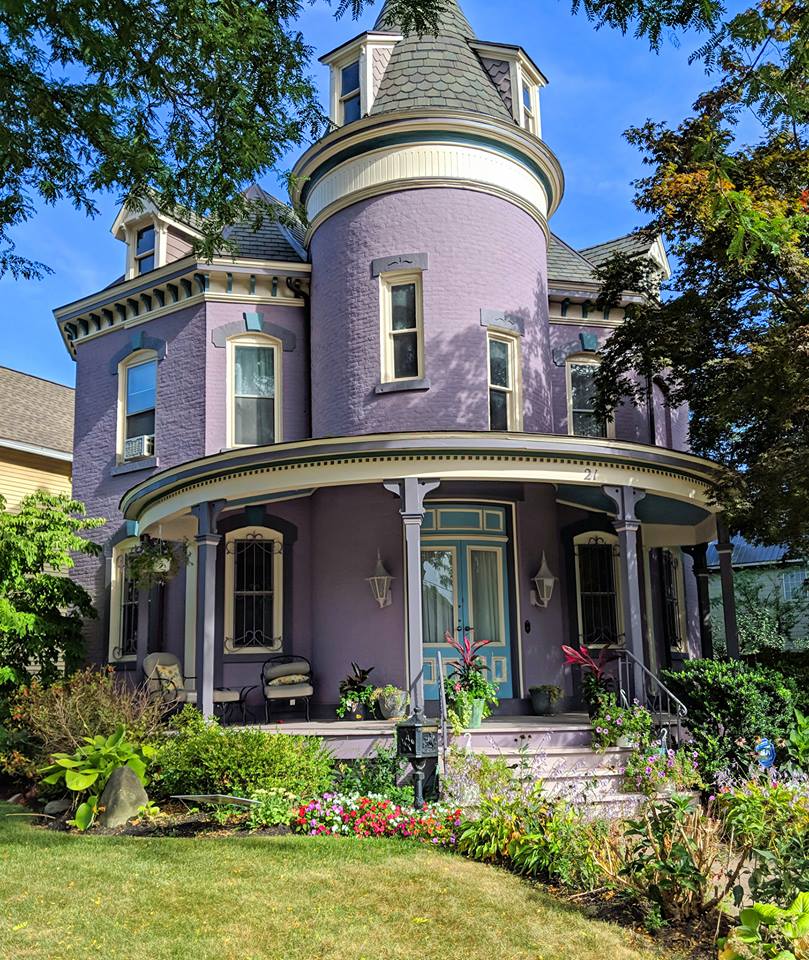 After a lot of determined work from Landmark Society staff and many neighborhood residents, the Park Avenue Historic District is closer to reality! Together, we have nearly reached our $55,000 fundraising goal! The consultant team has begun the extensive work that goes into a National Register nomination. We were able to get this far with generous support from the Rochester Area Community Foundation and the Preservation League of New York State, as well as many neighbors, businesses, and neighborhood associations. Creative fundraising strategies were also essential. Working with local artist, Virginia McDonald, we developed “Park Ave is Porches” t-shirts, tote bags, and pint glasses. We also hosted two neighborhood walking tours, which included exclusive access to several historic homes in the neighborhood. 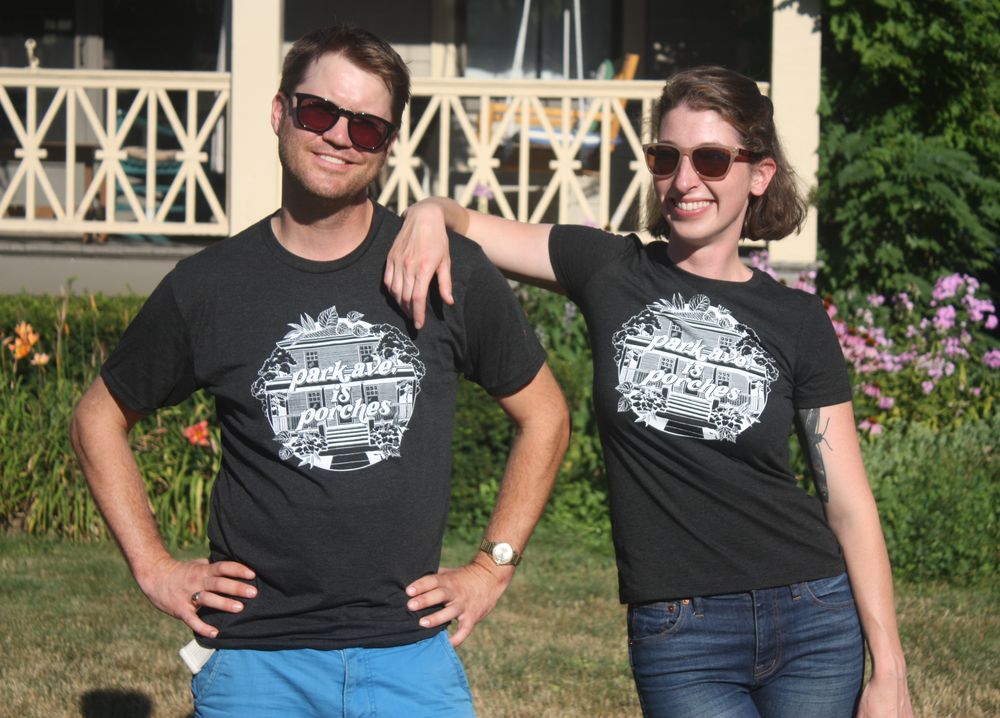 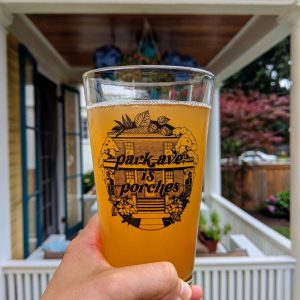 The ghosts of Rochester’s past shared their gory and spooky tales for the 25th year, leading present-day Rochesterians down historic Arnold Park for a combination of history, architectural wonders, and a fun outdoor theater experience. 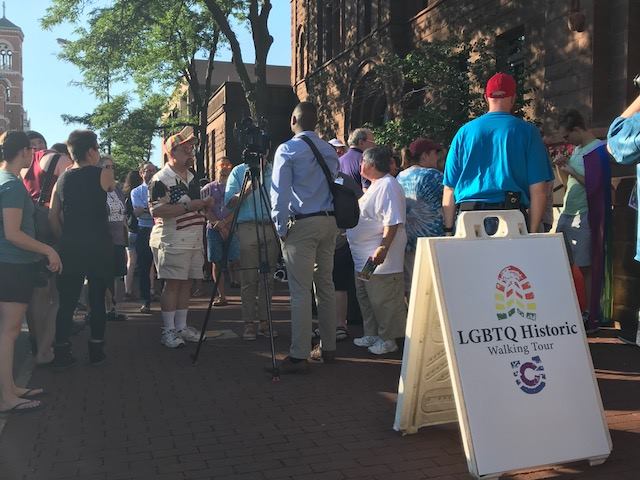 Our LGBTQ Landmarks initiative expanded in 2018 with several guided walking tours showcasing sites that were associated with the LGBTQ resistance movement. Our first tour had over 100 attendees! You can learn more about the initiative and contribute to our inventory of LGBTQ-affiliated sites here. 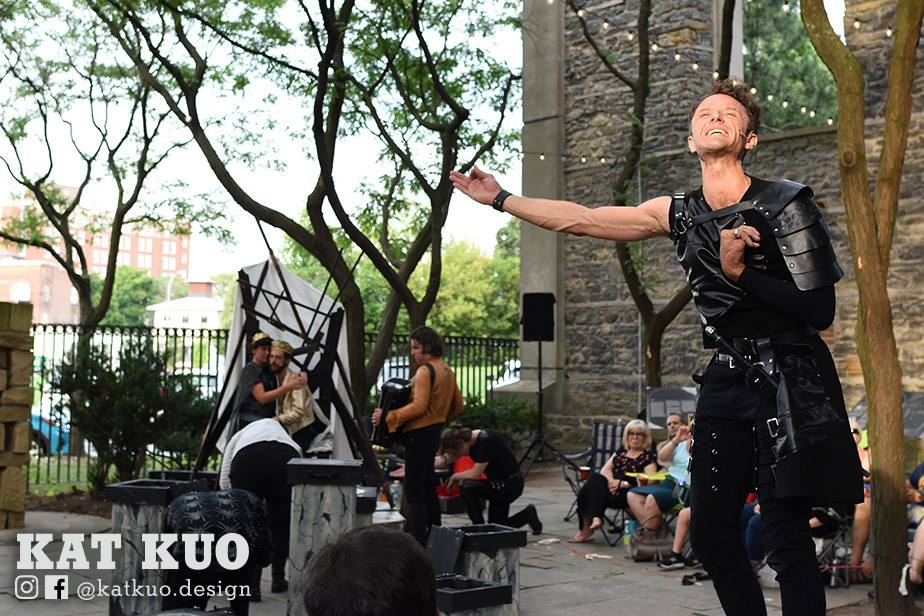 Our St. Joseph’s Park in downtown Rochester continued to be a hit with a full booking of spring, summer, and fall weddings. We hosted some new collaborative events, including Poetry and Pies with the Spirit Room and a performance of Richard III by Perry-based Shake on the Lake. We also started a new partnership with Downtown ROCs to help us open and close the gates each morning and evening during the summer. A thank you to all–including Bella Events–who continue to help make this special place a success! 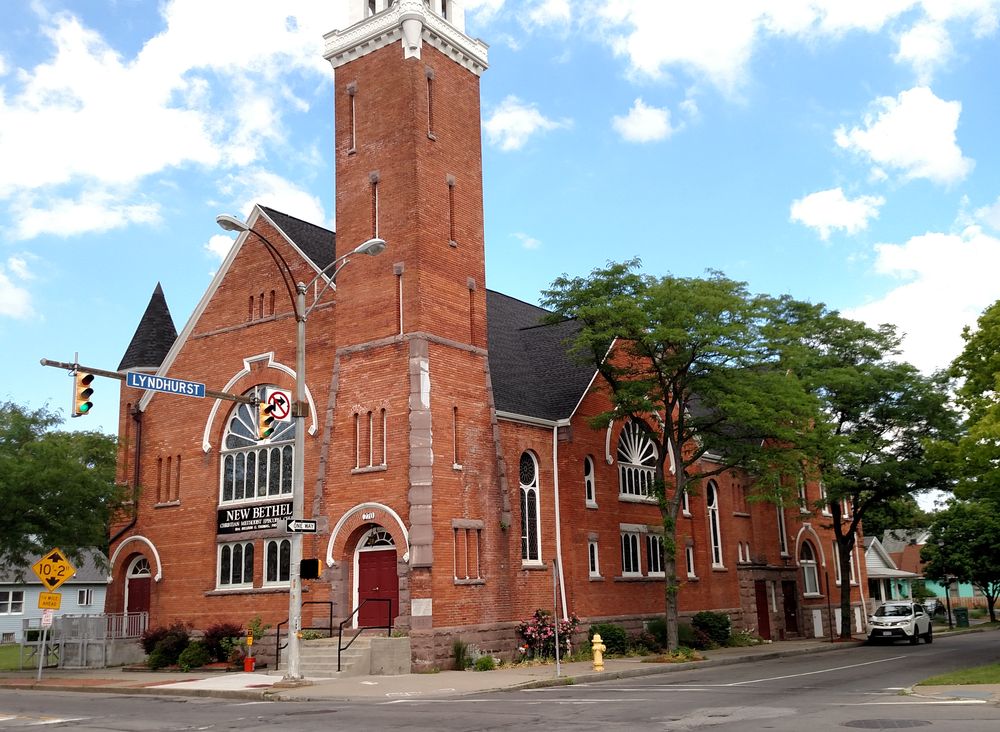 In April, the New Bethel CME Church at 270 Scio St. received official Landmark Designation from the City of Rochester. This designation protects the building for future generations should the congregation ever move. We are so proud of the dedicated staff and parishioners at New Bethel who, in addition to securing legal protection for their building, have worked diligently over the last few years to perform and plan for needed repairs to their historic building. In August, we provided a grant to help the congregation conduct a survey of the building’s exterior masonry and leaded glass windows. We know this building is in good hands! 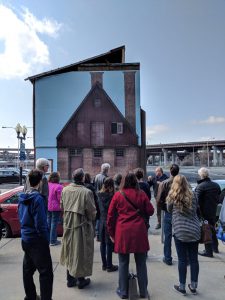 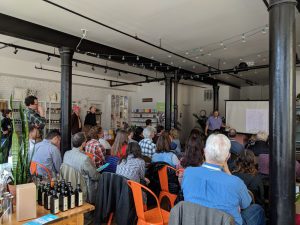 For the third year in a row, the Conference had sellout numbers, with over 360 in attendance in Albany last April. Highlights included a full day of training from the National Alliance of Preservation Commissions; a field session to Albany’s oldest building (dating to 1728!); breakout sessions on homeowner tax credits, small-scale development, and land banks; and a Keynote and Party at one of Albany’s most fabulous hidden gems, the New York State Department of Education Building.

In 2017, we celebrated saving the federal historic tax credits, which were in jeopardy as part of the federal tax reform bill. In early 2018, preservation advocates across NYS quickly rallied to advocate for the retention and enhancement of the NYS historic tax credits, which were initially left out of the Governor’s budget. With the leadership of the Preservation League of NYS, Landmark staff met with our local elected officials and reached out to key stakeholders to advocate for the renewal of the program. Both the federal and state tax credit programs make possible many of the historic redevelopment projects that we see around the city and the region. The NYS Historic Homeowners credit also helps homeowners maintain the character of their historic homes and neighborhoods. 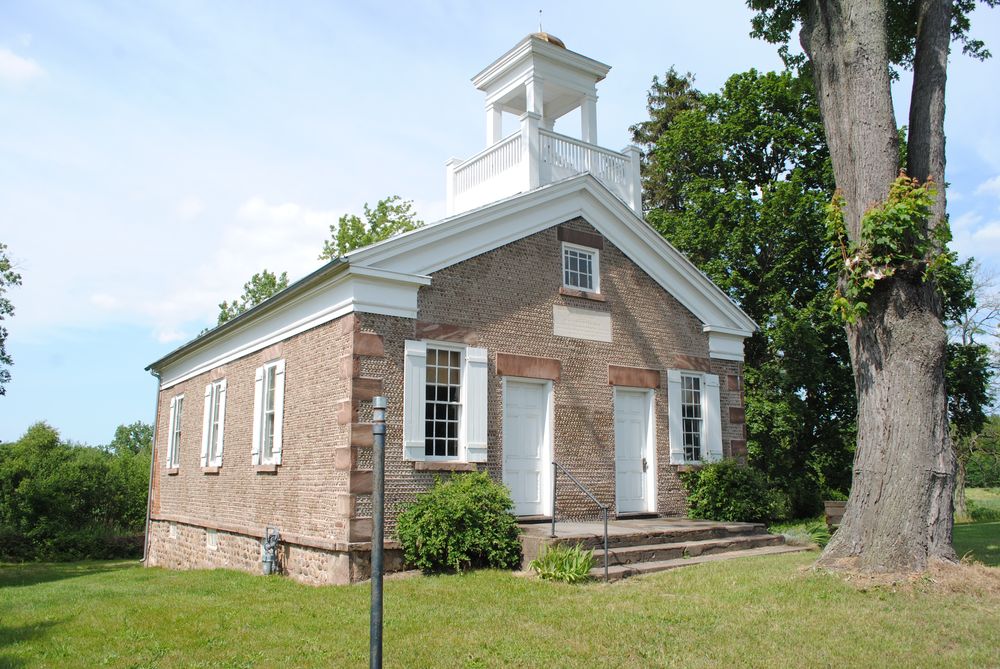 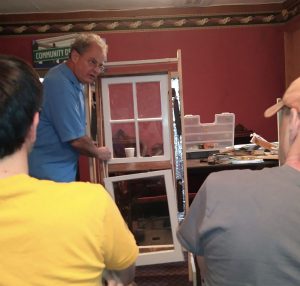 Partnering with the Cobblestone Museum outside of Albion, we hosted our first wood window repair workshop, led by our very own local expert, Steve Jordan. Participants not only learned the tricks of the trade, they also helped the Museum restore the historic wood windows in their c.1850 cobblestone schoolhouse. The workshop was supported by a grant from the Historic Preservation Education Foundation. Stay tuned in 2019 as we plan more training opportunities in the traditional trades.

12. Holley High School on the road to rehab

After decades of neglect and vacancy, the former Holley High School in the Village of Holley is finally on the road to rehab! Included in our inaugural Five to Revive list in 2013, the High School will be redeveloped by Home Leasing into a mixed use facility with senior housing and amenities, commercial and office space, and community space. Home Leasing officially broke ground on the project earlier this month and expects to complete the project by spring of 2020.

We wrapped up the celebration of our 80th anniversary with a few special events including a one-time collaborative performance at Hochstein Performance Hall with The Ying Quartet, PUSH Physical Theater, and this year’s William Warfield Scholarship Fund recipient, Jonathan Rhodes, vocal student at the Eastman School of Music. It was an evening to remember!

14. Expanded work around the region 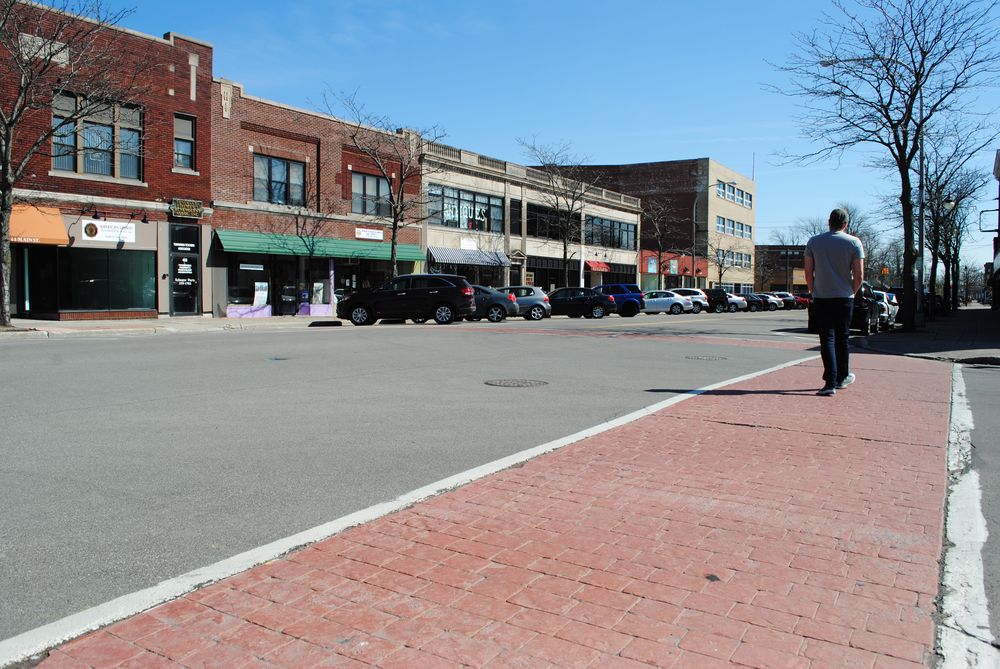 In 2018, we expanded our fee-for-service work, offering consultant-based preservation services to non-profits and municipalities. We were honored to work with several communities throughout our region to help them complete historic resource surveys and nominations to the National Register of Historic Places. Historic resource surveys are important planning tools and can form the basis of future preservation planning activities, while National Register historic districts allow property owners to access state and federal historic tax credits. Our ongoing and completed 2018 projects include: City of Tonawanda, Village of Avon, hamlet of Port Gibson, the Village and Town of Naples, and the Corn Hill neighborhood in Rochester. 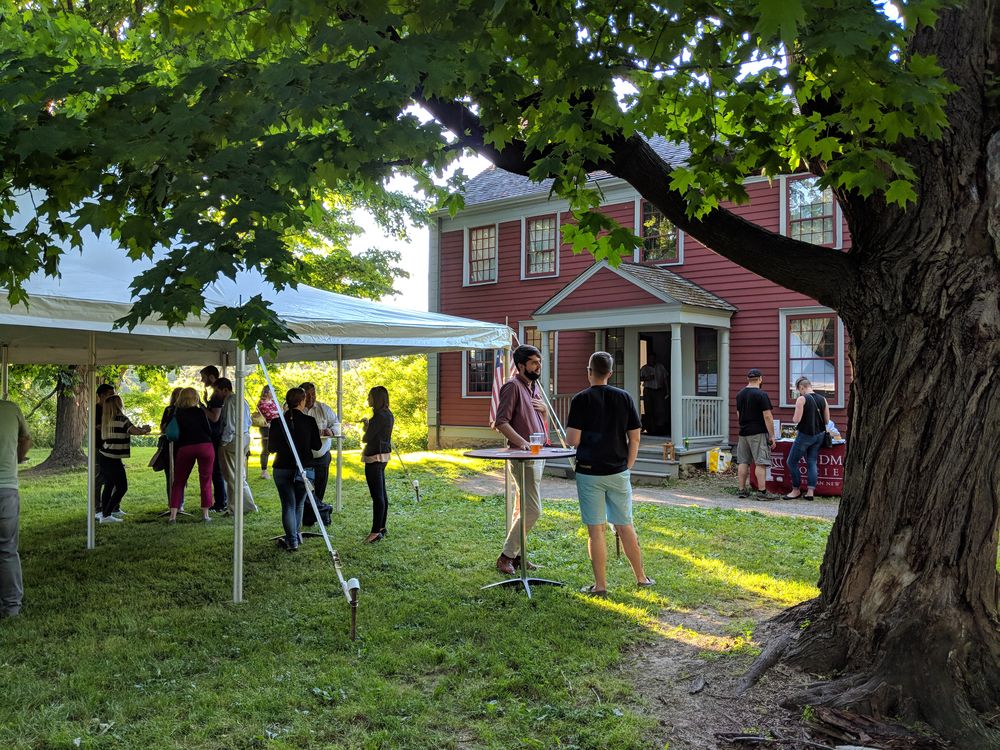 We continued to work with the YUPs to return the Stone-Tolan Historic Site to its roots, hosting two Tavern Takeovers during the summer. This year, Silver Lake Brewing and Rohrbach served their local brews out of the early 19th century tavern. Even if you’ve been to Stone-Tolan before, this is a whole new way to experience the site, just like our forebears did! You get to wander through the house and the grounds at your leisure, ask questions of our docents, and take in the sunset with a cold local beer in-hand. We’ll be back at it again in 2019! 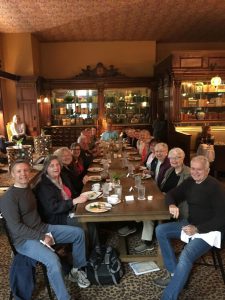 Our travel tours continued to be a success with sellout trips to Niagara on the Lake, Montreal, and Savannah. Traveling with us not only supports our  mission-based work here at The Landmark Society, but it also gets you an insider’s look at the architectural marvels and historic communities where we travel. Our travel tourgoers also get to spend some quality time with Landmark staff–a nice bonus if we do say so ourselves. 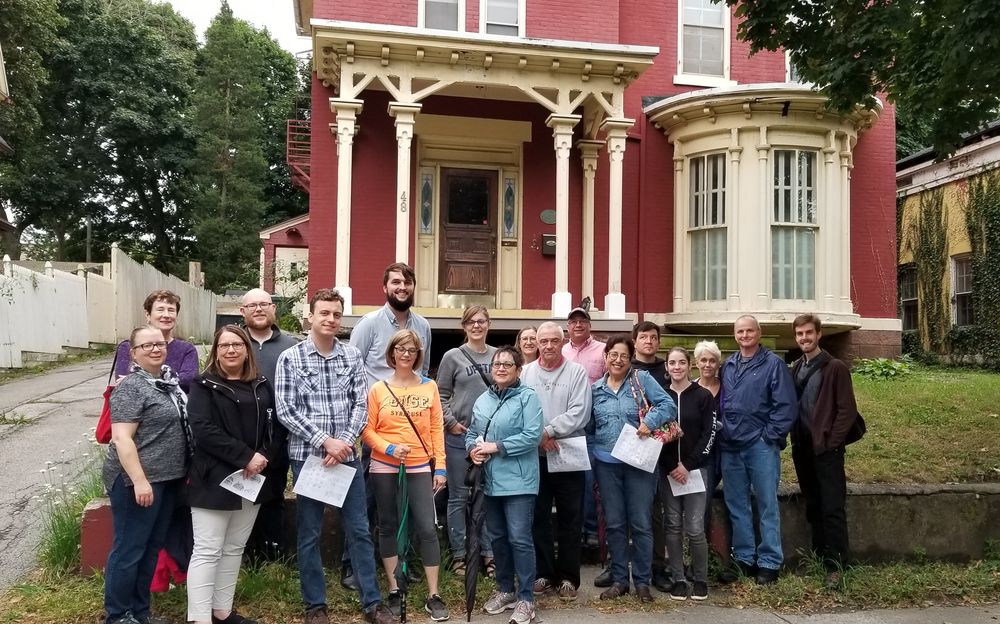 The YUPs continued to offer their always popular Crash Course in American Architectural History classes at the Rochester Brainery. This summer they expanded their offerings to include several Architecture in the Wild courses, where participants learned about the architecture of the NOTA, East Ave., and South Wedge neighborhoods while walking through them. The YUPs will be repeating these classes again in 2019 and will also be offering some new subjects. Follow them on Instagram or Facebook to get the latest.

Another one of our Five to Revive listings experienced a successful turnaround in 2018—several of the buildings in an important downtown commercial block on Main St. in Perry were rehabilitated by developer Greg O’Connell, who previously made a name for himself in western New York rehabbing downtown buildings in Mt. Morris. This transformation was made possible by years of hard work on the part of the Perry Main St. Association and the Village of Perry, as well as a Restore NY grant. 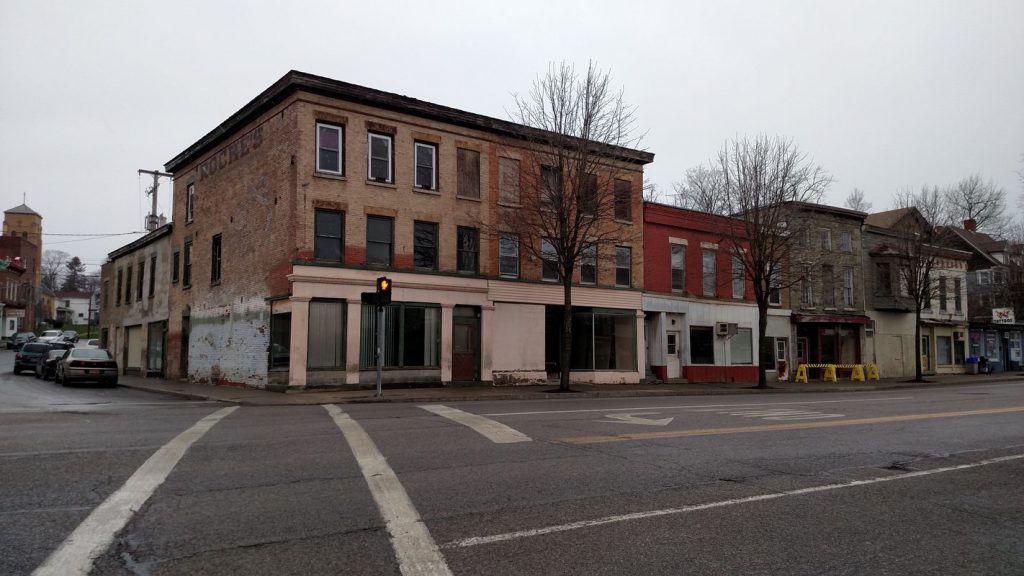 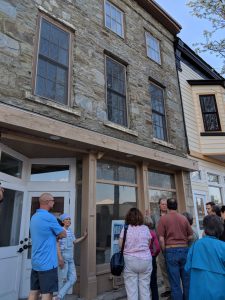 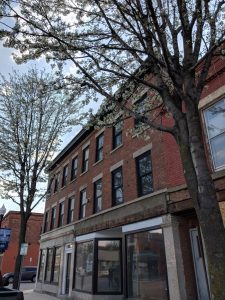 Of course, none of these successes would be possible without the support of our members, donors, sponsors, tour-goers, and the community at large. So THANK YOU for supporting our work to protect irreplaceable historic places and revitalize communities.