Today we announced our 2015 Five to Revive list. The Five to Revive is a list of historic sites that we identify each year as opportunities for targeted, strategic revitalization.

“The Landmark Society of Western New York continues to be focused on preservation and community revitalization,” said Wayne Goodman Executive Director. “This is the third year we are announcing a Five to Revive list which has been very effective in calling attention to key properties in western New York that are in need of investment.”

The 2015 Five to Revive list represents a diverse selection of building types located across Western New York, and illustrates a range of preservation issues. One spot on the list addresses a thematic subject, the inherent potential represented in fraternal organization meeting halls which have fallen into disuse. “The inclusion of these meeting halls – and we have three excellent examples – underscores the ongoing challenge these iconic buildings face,” said Castelein.

Each year, these five properties become priority projects for Landmark Society staff and programs as we work collaboratively with owners, municipal officials, and developers to facilitate investment and foster rehabilitation. The ultimate goal is to return these important historic resources to a place of prominence in their respective communities, as economic and social assets that spark even more investment and revitalization.

Most of the 2014 Five to Revive properties have moved closer to that goal: The Hillside Cemetery and Chapel in Clarendon/Holley, Orleans County was recently awarded a major grant from the Rochester Area Community Foundation to assist with repairs to the chapel, while several new special events at the cemetery have attracted many first-time visitors, who are now aware of this important community asset. The former Trinity Episcopal Church in the village of Seneca Falls is the focus of ongoing discussions for its rehabilitation and re-use by a local developer. The Erie Canal Warehouse in Brockport received a grant and local advocates are completing a final report highlighting potential uses for the building. The Landmark Society and the City of Rochester are partnering on a multi-year project to survey historic properties throughout the city and update the City’s Designated Buildings of Historic Value list.

The Eastman Dental Dispensary was on the inaugural list of Five to Revive in 2013. “I think this is the biggest success yet,” said Goodman. “This was a clear case of how the Five to Revive list called attention to the building and its needs and helped leverage significant funding to make its rehabilitation possible.” The building is currently being converted to senior housing, a project that gives a boost to that area of Rochester and is creating many local jobs while saving an irreplaceable historic resource.

Click the links below to read more about each property. 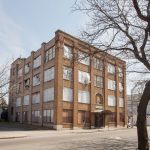 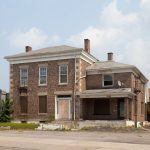 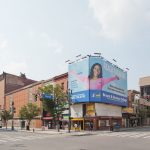