Warner Castle: Its Past and Future 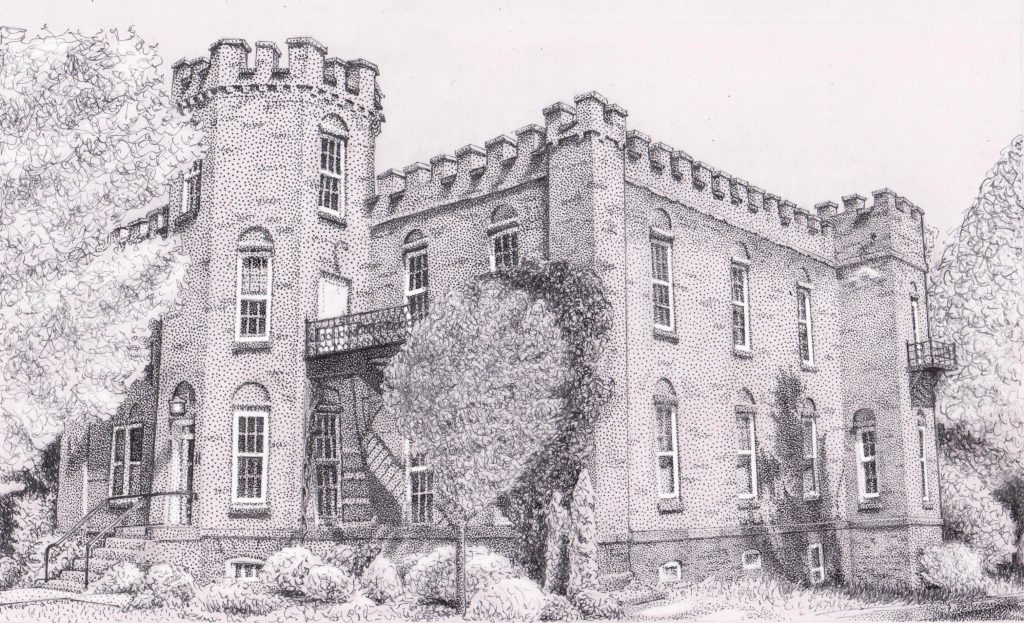 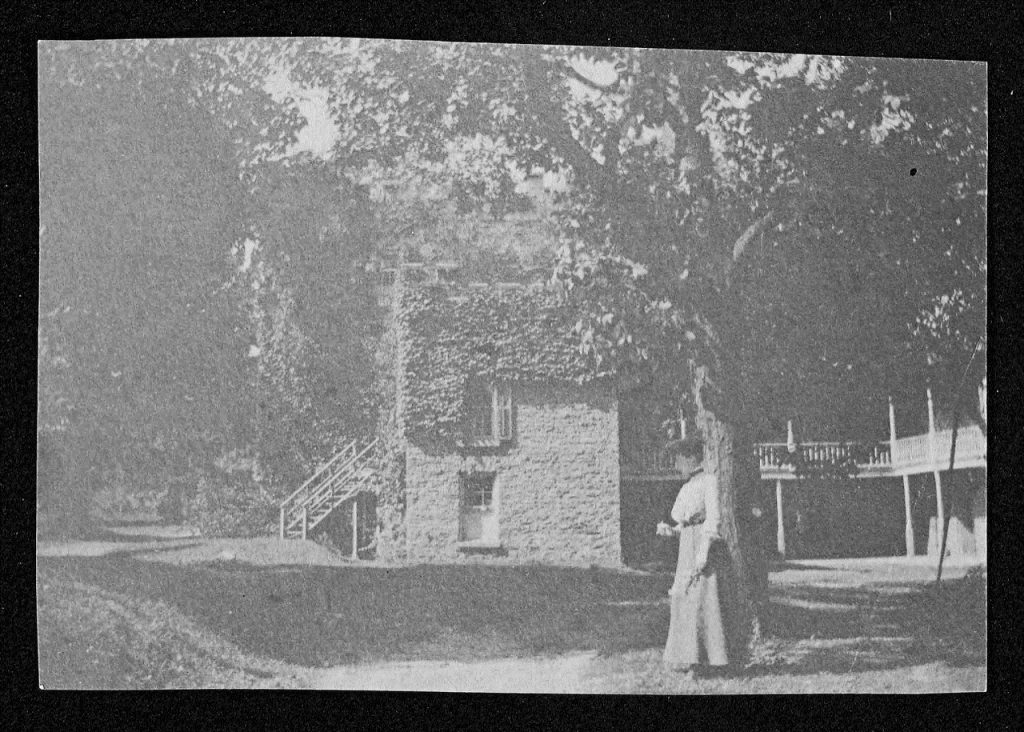 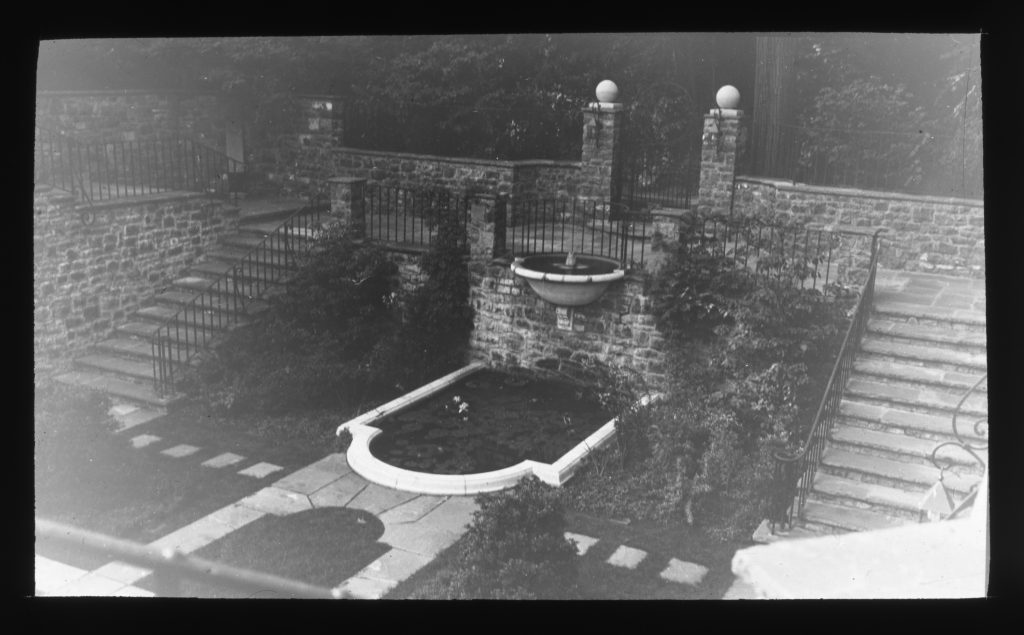 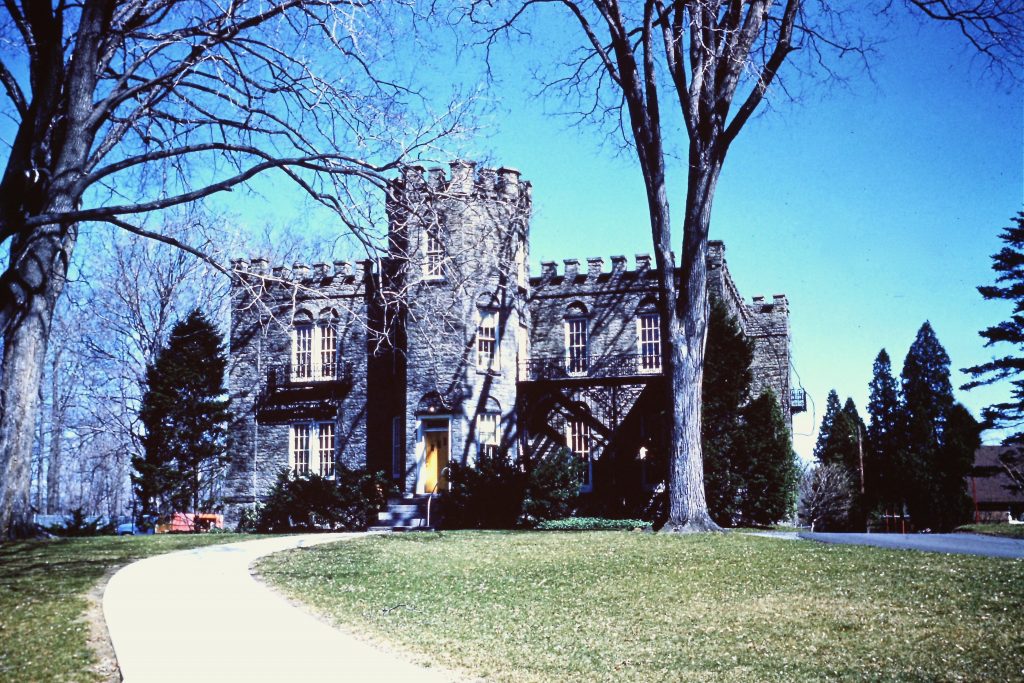 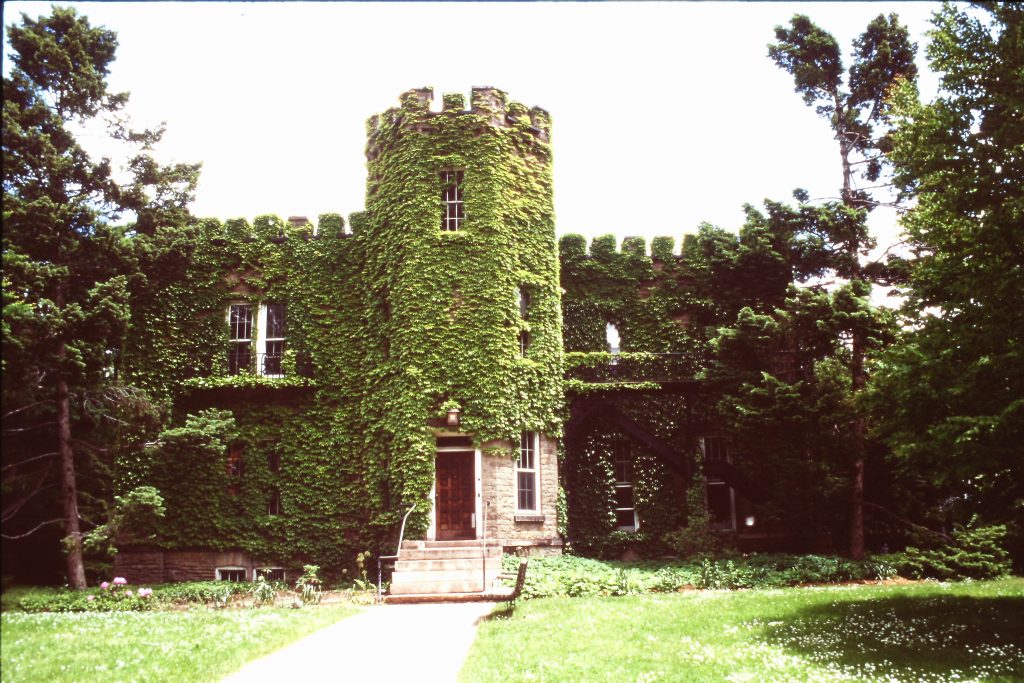 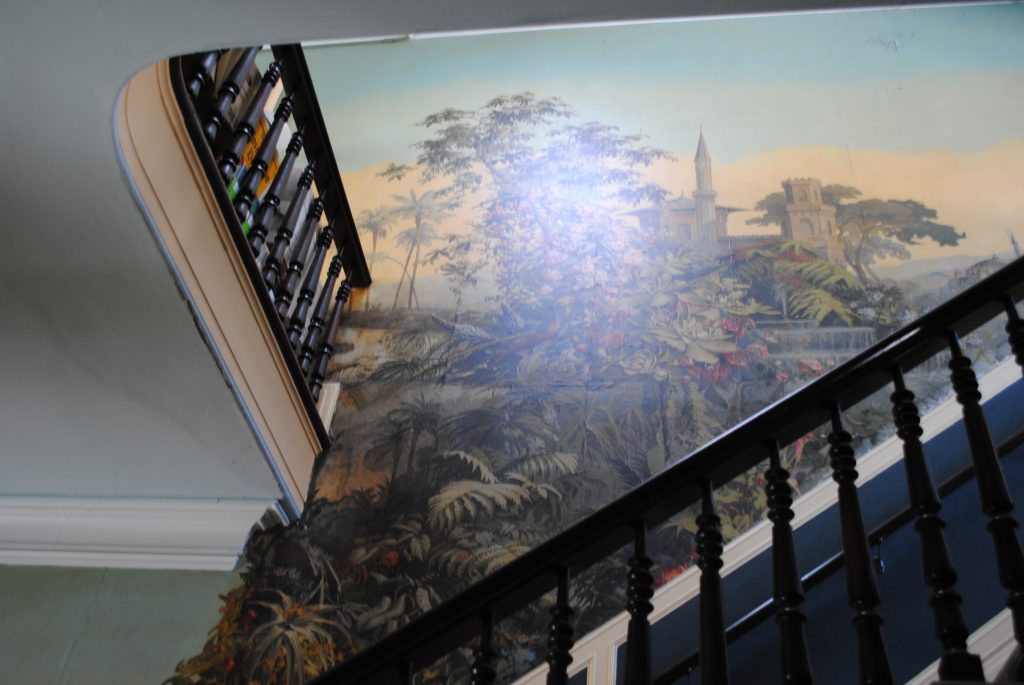 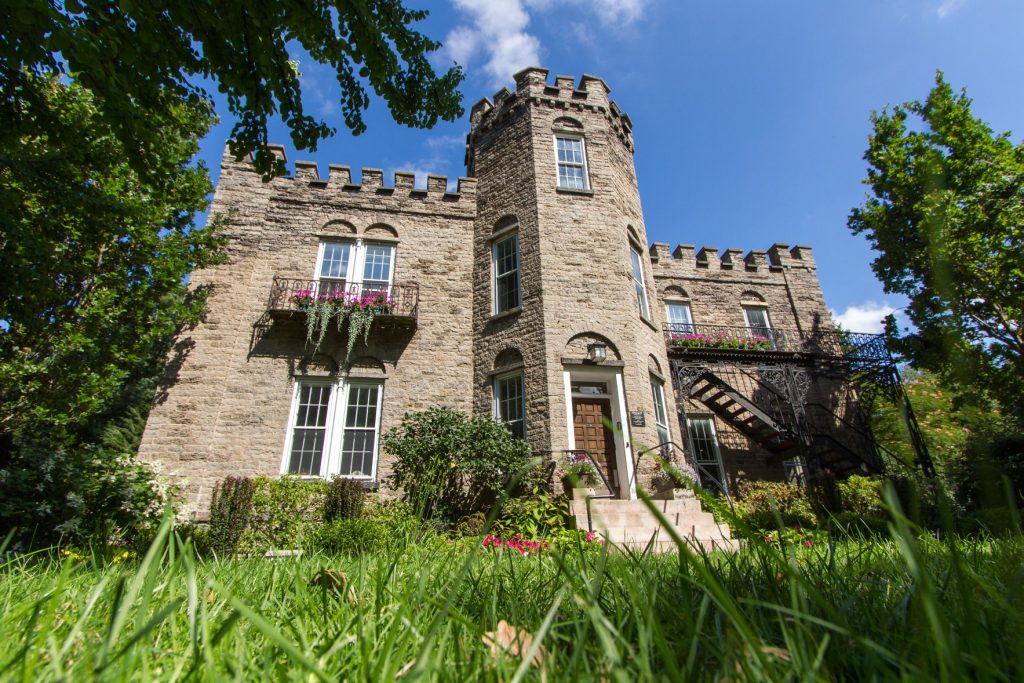 One of Rochester’s most distinctive buildings, Warner Castle is located in Highland Park and sits atop an elevated site, overlooking Mt. Hope Avenue. It was originally built in 1854 by Horatio Gates Warner, bank president, court judge, and newspaper publisher. This imposing fortress was constructed to Warner’s specifications under the supervision of architect Merwin Austin. It was modeled after the ancestral castle of the Scottish Clan Douglas and is constructed of locally quarried limestone. Warner lived here until his death in 1876, after which the family continued to occupy the house for another generation.

At the time of its construction, the castle, set amidst a 50-acre farm, was located at the edge of the city, with entrance gates and a gatehouse on Mt. Hope Avenue. The gray stone, castellated building expresses the mid-19th-century taste for the remote in time and place and contributes to the picturesque quality of the Mt. Hope/Highland Preservation District.

The castle remained in the Warner family until 1902, when it was sold to Mr. and Mrs. George Ramsdell and, in 1912, to businessman, Frank Dennis and his wife, Merry. Mrs. Dennis replaced an old barn at the rear of the property with the Sunken Garden, designed by Alling DeForest, Rochester’s most acclaimed landscape architect during the first half of the 20th century. Among his other projects are the gardens at the George Eastman House and Harbel Manor, the Harvey Firestone estate in Akron, Ohio.

After Mrs. Dennis’ death in the 1930s, the castle stood empty for several years, then was used as a sanitarium, until the City of Rochester acquired it in 1951. From 1953-1964, the Parks Department used the property for its herbarium and offices, until the latter became crowded, at which time the castle was leased to the Rochester Civic Garden Center. Over the next six decades, they hosted lectures, classes, a reference library, and special events for their members and the public in this 22-room building.

In 2017, the Rochester Civic Garden Center closed its operations at the castle and donated its collections to other institutions, leaving this landmark building in search of a new tenant. With no identified use or future steward, Monroe County approached The Landmark Society with a suggestion to consider relocating our offices to the location. With the building in need of significant rehabilitation, a unique partnership ensued, whereby Monroe County invested in exterior repairs, including substantial masonry and roofing needs. The Landmark Society has undertaken interior work and will move its headquarters to the Castle in August 2019.

While there has been some remodeling over the past 150 years, the interior retains its high ceilings, tall windows, walnut woodwork, marble and parquet floors, and an impressive entry hall with scenic wallpaper and grand staircase.

With its remarkable history, distinctive design and incomparable setting, the Castle offers a strategic opportunity for the sensitive redevelopment and re-use of a unique property located in the city’s oldest park.

We are grateful to Monroe County for the opportunity to make this beautiful place our home. We look forward to welcoming visitors to our new headquarters when we are operational in September 2019.

Warner Castle: Its Past and Future