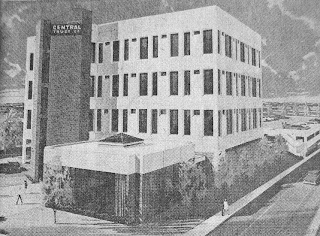 It is often said that one of the greatest challenges to the preservation of our modern buildings is that they are not old enough to be considered historic and are not worthy of the same regard given to such beloved buildings as the Powers Block or the former Genesee Valley Trust Building. Along with the issue of age is the relative ambivalence and sometimes flat out antagonism to these buildings’ existence and designs by the general public. The modern buildings often displaced whole sections of downtown neighborhoods and businesses replacing dense 19th century-era streets lined with low rise mixed use structures with “superblocks” on which one or many buildings of a scale never before seen would be built, the street grid erased and replaced by what were often barren and uninviting plazas.

People still fondly remember the shops, restaurants and bars of downtown areas like the Third Ward and the neighborhood centered on Front Street. Many blame the projects that were built in their place for destroying the flavor of boomtown Rochester while helping to cause the ills that would plague downtown for decades to come. 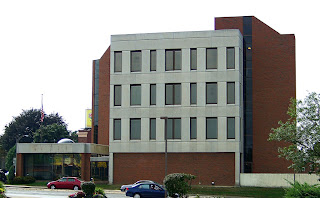 of reusing or preserving modern structures on a large scale and at the center of downtown. Midtown Plaza was one of the few modern projects to live up to its billing and is highly regarded by a community that feels nostalgia for times spent shopping and socializing there in its heyday. Yet, little is said about preserving the original look of the Victor Gruen–designed atrium and hotel/office tower. Most people just do not see it as a beautiful building or one of historic significance. Fittingly, when it came time to consider reusing parts of the mall and tower structure it was required that the original facade of the tower not be retained.

Some may see this as a defeat of preservation. However, it is at the very least environmentally responsible and may prove to be the rule instead of the exception when it comes to renovating modern buildings, as it already is in larger cities like New York. There, many buildings designed in the 1950’ and 1960’s by New York firms Emery Roth and Sons and Kahn and Jacobs have had their facades replaced with contemporary materials and styles while their internal utilities were updated with the latest in telecommunications and electronics systems. Although the more famous examples of modernism will likely be protected as landmarks – many modern buildings in Chicago already are considered historic and are protected –for many modern buildings that are reused their rigid frame steel skeletons will be all that is preserved.

In January of 1970 the Central Trust Company broke ground on their $2 million bank, office and parking garage complex at the corner of East Avenue and Winton Road. Designed by distinguished local architect Myron E. Starks the complex would consist of a 41,000 square foot bank and office building fronting East Avenue and a 157 spot parking garage to the rear of the office building. The office and banking buildings were of steel frame construction faced with pre-cast concrete.

In line with the design philosophy of the great modern architect Louis I. Kahn, whose famous First Unitarian Church stands just south of Central Trust on Winton Road, the design of the office building would clearly express the transition from the concrete-clad “served” areas of the building’s offices to the sloped roof, brick-clad “servant” areas of the stair and elevator towers at the perimeter. At the University Avenue side of the site would be built the reinforced concrete parking ramp. Central Trust Company would move their computer center from the main office to an area on the first floor of the parking structure.

In the 1990’s M&T bought out Central Trust and took possession of the complex at Winton and East. In the years that followed it was determined that the parking structure was unsafe and it was closed to the public. The office and bank branch continued to be used by M&T until the opening of a new building a block away on East Avenue in 2008 caused them to vacate the older structure.

Wegmans, in a bid to buy enough of the adjacent properties to replace their small store on the western end of the block with a supercenter, purchased the former Central Trust Company’s complex, which stood at the eastern end of the same block. Although they planned to use the site of the banking complex as a separate commercial develo 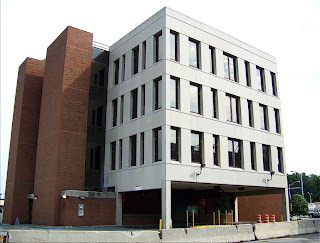 pment it was found to be unfeasible to reuse the 1970’s structure.

Instead of placing the HVAC mechanicals in the basement or penthouse of the office tower, as was common practice in office buildings for decades, they were built into the parking ramp and computer center behind the tower. It was decided that it would be too complex and costly to retrofit the tower with the required HVAC infrastructure and in early 2010 the former Central Trust Company’s East Avenue branch was demolished, a case of modern design innovation falling victim to its own engineering complexity and the financial uncertainty of the post–millennial economy.

1 thought on “Reuse or Remove?”