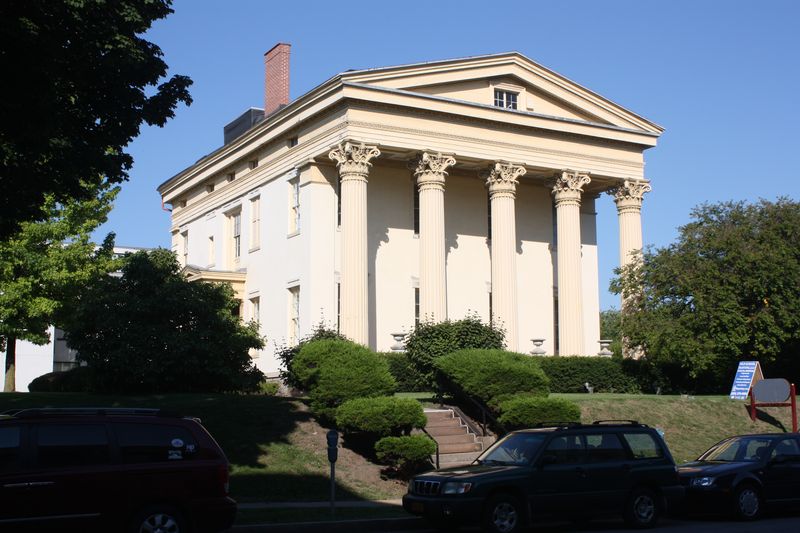 Landmark Society staff were recently treated to a tour of an ongoing project at the Jonathan Child House in downtown Rochester. Painters and planners were hard at work sprucing up the interior spaces and finalizing details for the newest project to hit downtown. 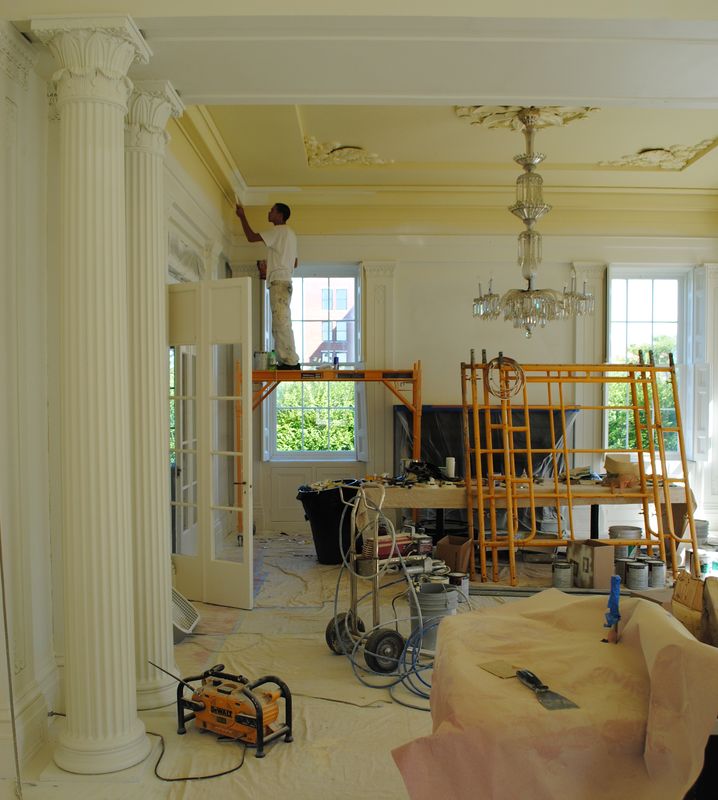 The main ballroom is being spruced up with a new paint job.

So what, you ask, is going into this grand Greek Revival mansion (built in 1837-38 for Rochester’s first mayor, Jonathan Child)? After sitting vacant for years, the home of Rochester’s first mayor will soon be home to Rochester Pillars, a special events venue that will aim to be downtown’s premier historic venue and a force for positive change in our city (the name is a nod to the building’s later history–in 1885 it became a boarding house known as “The Pillars”). 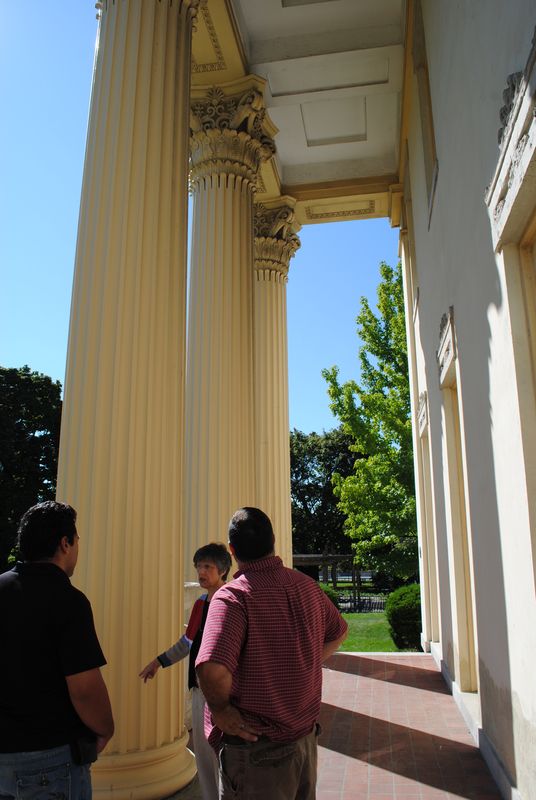 During warm weather, patrons of Rochester Pillars will be able to enjoy their coffee in style from the grand portico.

Although details are still being finalized, the plans generally involve the creation of a café (featuring high-end food and coffee) on the first floor, with seating in the luxurious main ballroom and the front portico, beneath the massive two-story columns that make the building so identifiable. Eventually, the second floor rooms will be available for meetings and special events.

And here’s where this becomes more than just another coffee shop in a fancy old building: the café will be run by Chef Jeff Christiano and graduates of the Culinary Arts program at East High School. Ozzy Arroyo, the visionary leader behind this project, wanted to find a way to make a difference in his community and help the kids he’s worked with in his career. Eventually he connected with Chef Jeff, who is a graduate of the prestigious Culinary Institute of America and the former Executive Chef Woodcliff Hotel & Spa. Ozzy  needed a mission; Chef Jeff’s students needed real-world experience in order to get jobs–it was a perfect match. 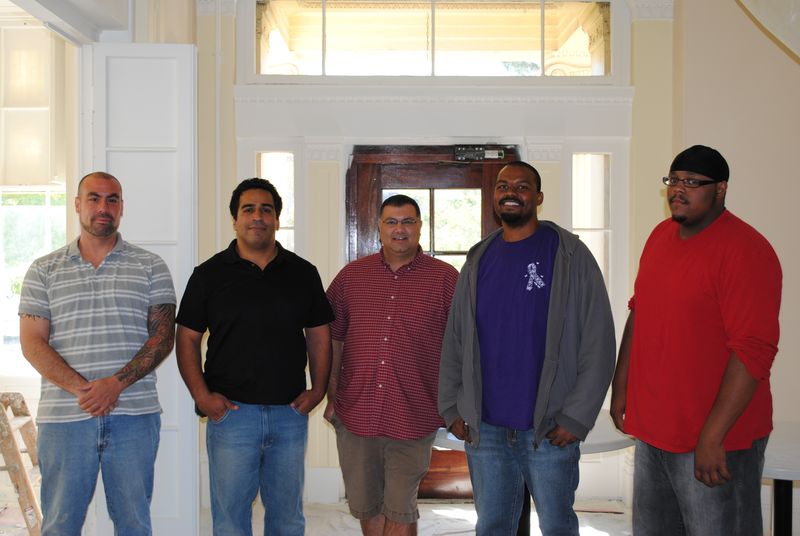 Alex Estremera of Old School Painting, LLC, Ozzy Arroyo, Chef Jeff, and two graduates of the East High Culinary Arts program who will be working in the Rochester Pillars cafe.

Beyond giving these young adults a chance to fulfill their aspirations, Ozzy also aims to build on the momentum that downtown seems to be gaining, helping to continue to change negative perceptions about downtown Rochester.

So, a hats off to Ozzy and his crew! This project exemplifies what preservation is all about–reinventing historic places to new and creative uses and fostering revitalization, all with the aim of making a difference in our communities.

Plans are to launch the business one step at a time, with the café scheduled to open shortly after Labor Day. Visit the Rochester Pillars website for updates and a 360° virtual tour of the mansion.