It’s time again for The Landmark Society’s highly-anticipated annual Awards Ceremony: join us on Sunday, November 17, 2019 at 3:00 p.m. at Rochester’s historic City Hall. The Awards are given to individuals and organizations in our nine-county area that have made outstanding strides in the preservation of their homes, public buildings, historic properties, and landscapes.

We are proud to announce the following winners of the 2019 Preservation Awards:

The Barber Conable Award recognizes a large-scale rehabilitation of an historic building in our region completed within the past two years. 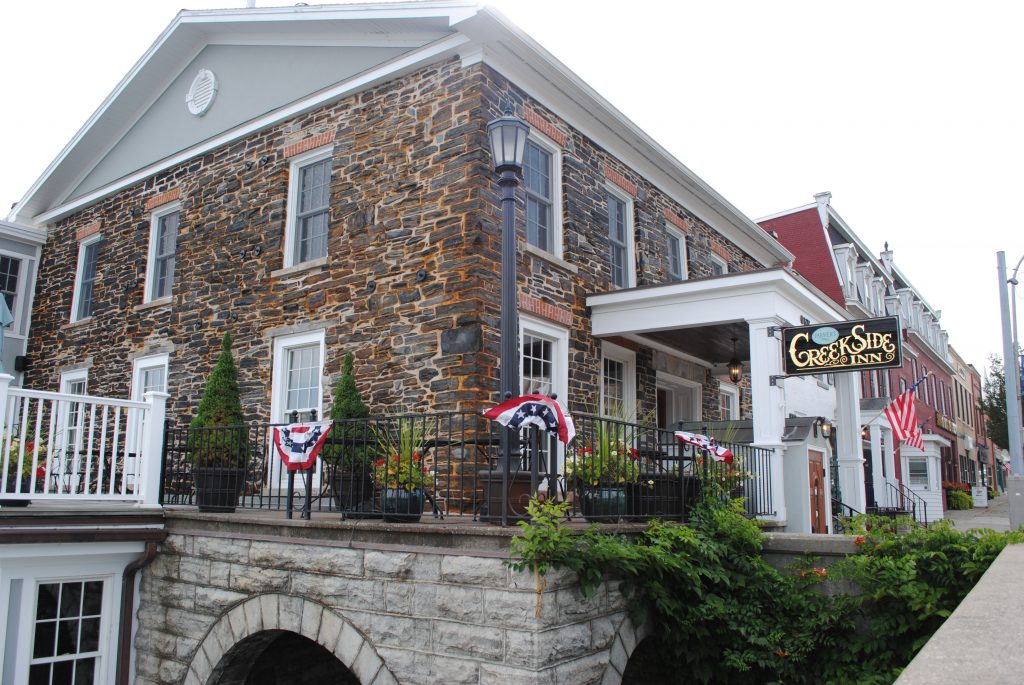 This year’s Conable Award recognizes an outstanding rehabilitation project in LeRoy that signifies the owner’s tenacity and commitment to community revitalization.  The handsome stone building located at One Main Street, overlooking Oatka Creek, was originally built in the 1820s, serving as a hat factory and private residence, prior to becoming a restaurant that was a major gathering place for residents and visitors.  In 2004, a fire devastated the building, causing extensive damage that threatened the stability of the surviving structure.  In 2007, Bill Farmer, founder of Catenary Construction, purchased the building and spent the next ten years rehabilitating it.  His expertise as a masonry contractor and developer was critical to the success of the project, which posed numerous challenges, both structural and financial.  Careful sorting of damaged building parts and materials allowed their re-use in the rehabilitation.   The resulting four-level, 10,000-square-foot building blends the old with the new, with fine dining facilities, two bars, rooms for lodging, and a dramatic outdoor terrace with patio seating overlooking the creek.

The Award of Merit is for the sympathetic rehabilitation of an historic building or structure in our 9-county region completed within the past two years. 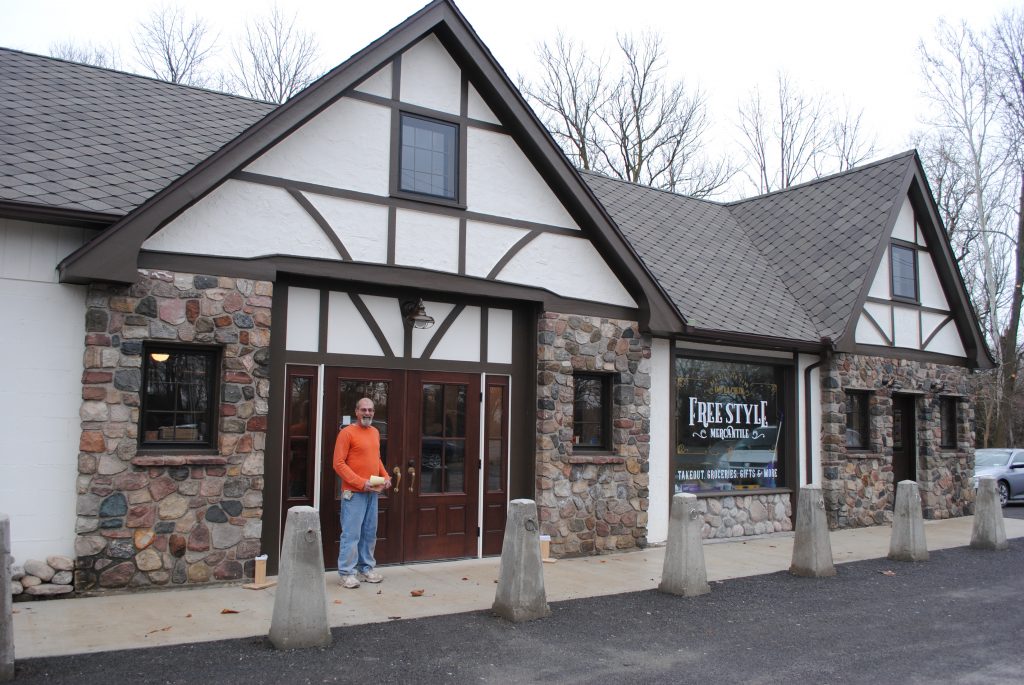 In a lovely setting on Oatka Creek, this handsome, 1931 commercial building was originally one of three, Tudor Revival-style service stations in Monroe County. Its challenging rehabilitation, as a retail shop and café was completed by Pavilion residents, Deborah and Russell Fee, who acquired the long-vacant building, navigated zoning requirements, reinstated public utilities, removed extensive alterations, and restored original features, including the picturesque exterior and decorative stone flooring. 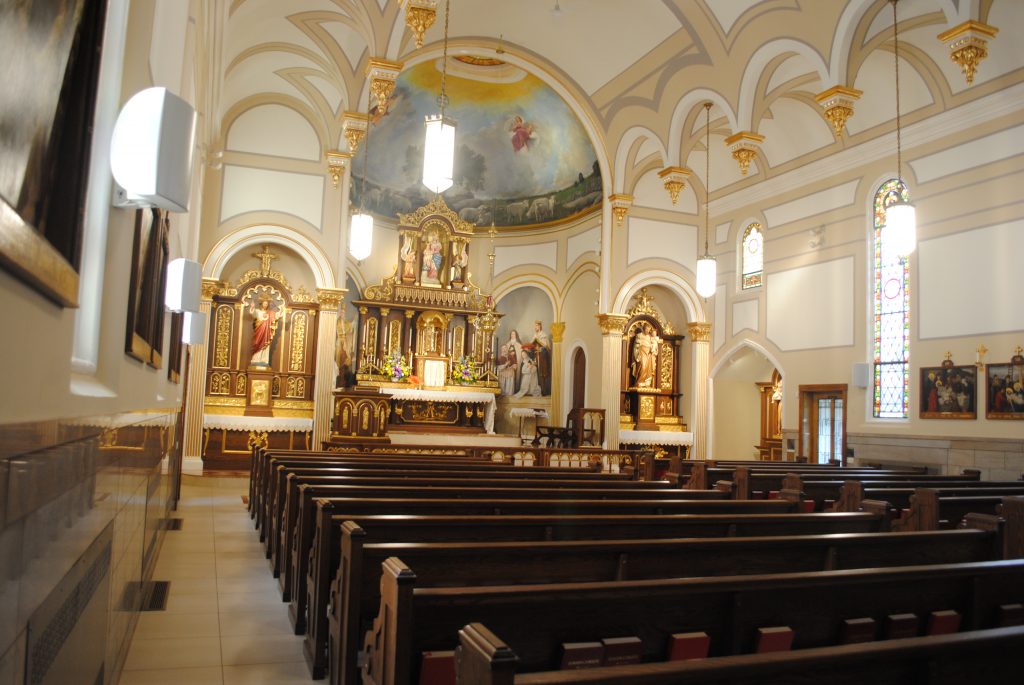 With official city, state and federal landmark designation, this historic house of worship has served as an important anchor in the St. Paul/North Clinton area for over 150 years. Despite threat of demolition in the 1970s, the church survived and continues to play an important role in this downtown neighborhood. Over a period of years, the church interior had many renovations to resolve practical problems, that did not enhance the artistic, historic or liturgical character of the original building. Over the past two years, the congregation worked with Granada Liturgical Arts of Spain and SWBR Architects of Rochester to develop and complete a renovation of the sanctuary, which included structural repairs, restoration of missing architectural details, new artwork, and painted finishes. The project team included architect Ryan Zegarelli, general contractor Frank J. Marianacci, artist Scott Grove and craftsman Sean Fallon.

The Historic Landscape Award recognizes and encourages the preservation, restoration and stewardship of historically significant landscapes in our 9-county region. 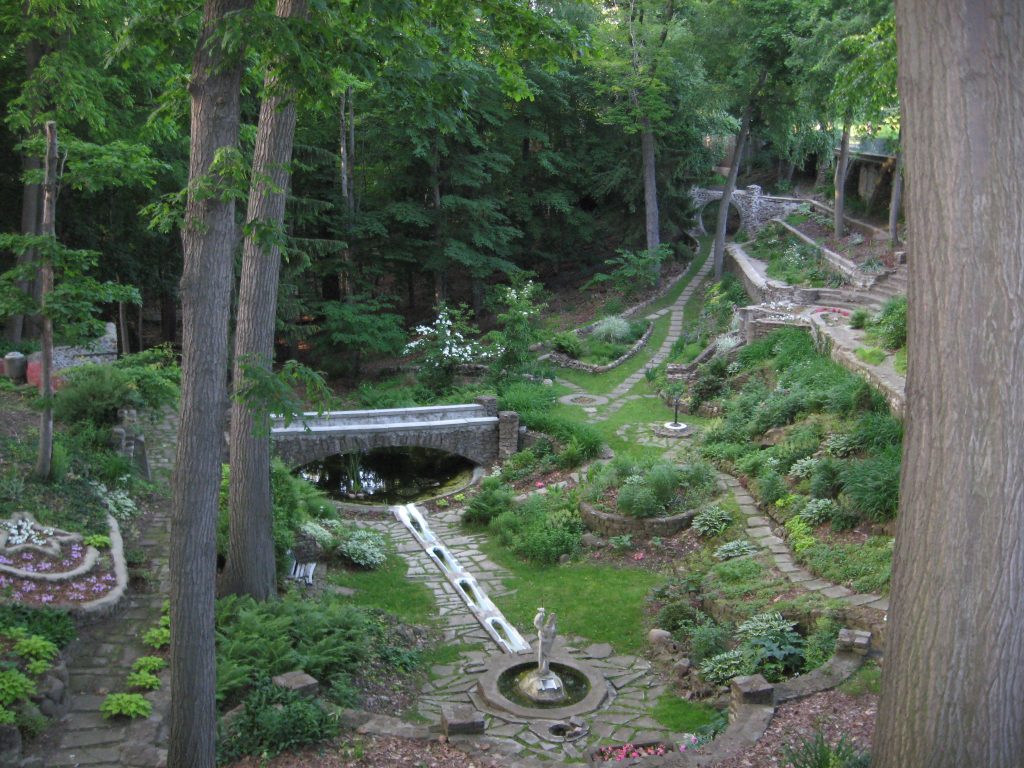 This early-20th-century “sunken garden” located in a wooded ravine at the corner of St. Paul Boulevard was originally created as part of the estate developed in the 1910s- ‘20s by art dealer William Bemish and his wife, Georgia, heir to the J.K. Post Drug Company. The garden is a mix of Arts & Crafts and Naturalistic landscape design, with additional whimsical touches. In the 1990s, the current owners began removing years of accumulated debris and underbrush, once again revealing the elaborate terraced gardens that had been largely lost to time.   Although the identity of the garden designer has not yet been found, the garden is unique in our region and is one of its best-kept secrets.

The Historic Home Award is given to owners of private residences for their continued care of and commitment to the preservation of an architecturally significant house over a minimum of seven years. 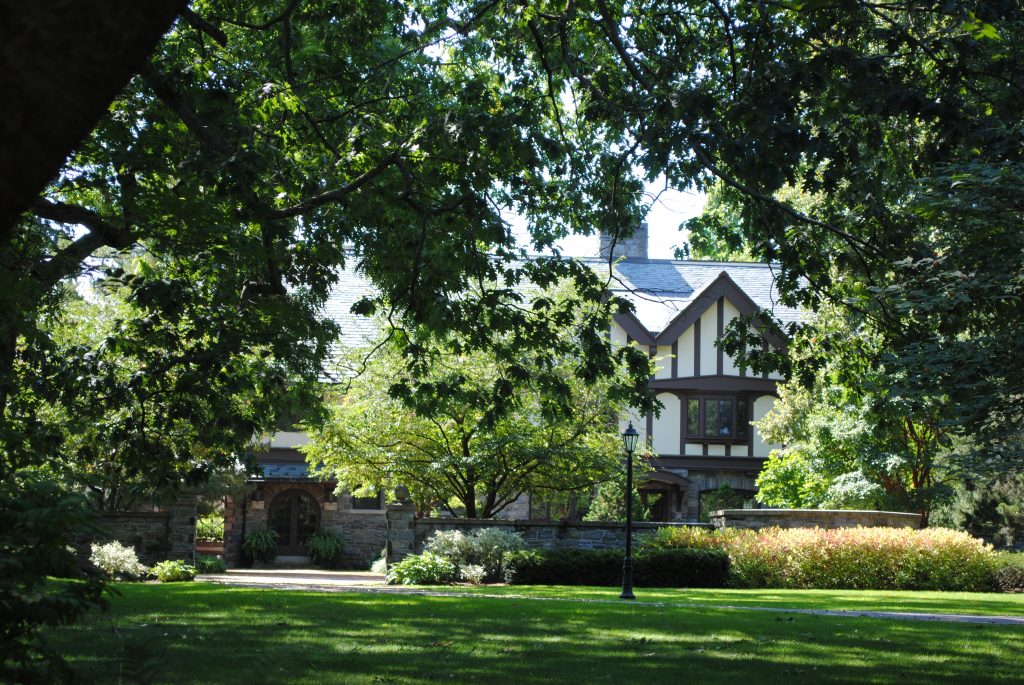 The challenging restoration of “Twin Gables,” the original Bausch-Drescher house (1912), designed by Leon Stern, with its neighbor, the Baird House (1915),  and the extensive gardens designed by Alling DeForest have been the focus of the current owners for over 15 years. Many of the area’s preservation craftsmen, together with landscape architect Mark Bayer, have completed carefully executed work on the historic buildings and landscape design that enhance this signature, early-20th-century property.

Long-time Landmark Society members, the Hoffmans have been preservation advocates in Rochester’s Susan B. Anthony Preservation District for over four decades.  In 1982, they formed Hoffman Associates, whose rehabilitation of the commercial building at 540 W. Main Street was the recipient of a Landmark Society “Award of Merit.” Subsequent projects have included the rehabilitation of several additional commercial and residential buildings in the district. Formerly residents of West Irondequoit, the Hoffmans relocated to the West Main/Madison Square neighborhood to more actively support the rehabilitation efforts there.  They purchased one of the district’s most significant houses, a Second Empire residence at 8 King Street, which has been restored as their home and business office.  Today, these deeply committed preservation advocates are two of the longest-serving activists in the Susan B. Anthony Preservation District.

The Special Achievement Award recognizes accomplishments that have occurred over a lengthy period of time.

For over four decades, the late Jean Czerkas  conducted extensive research on Alling Stephen DeForest, Rochester’s premier, early 20th-century landscape architect, which resulted in a wider awareness of his work and the recognition of his achievements in the National Park Service’s seminal book, “Pioneers of American Landscape Design.” A former trustee of The Landmark Society, the Rochester Civic Garden Center and the Friends of Mt. Hope Cemetery, Jean also researched many of the “permanent residents” in the cemetery, including Frederick Douglass’ daughter, Rosetta Sprague, discovering previously unknown information about this remarkable family.  An intrepid detective, Jean, who died in September, devoted her time, talent, and extensive travels to locating important new material about Rochester’s people, places and the built environment.

A Special Citation provides recognition for projects that do not fit into other categories or recognizes outstanding individual or group accomplishments in the field of historic preservation. 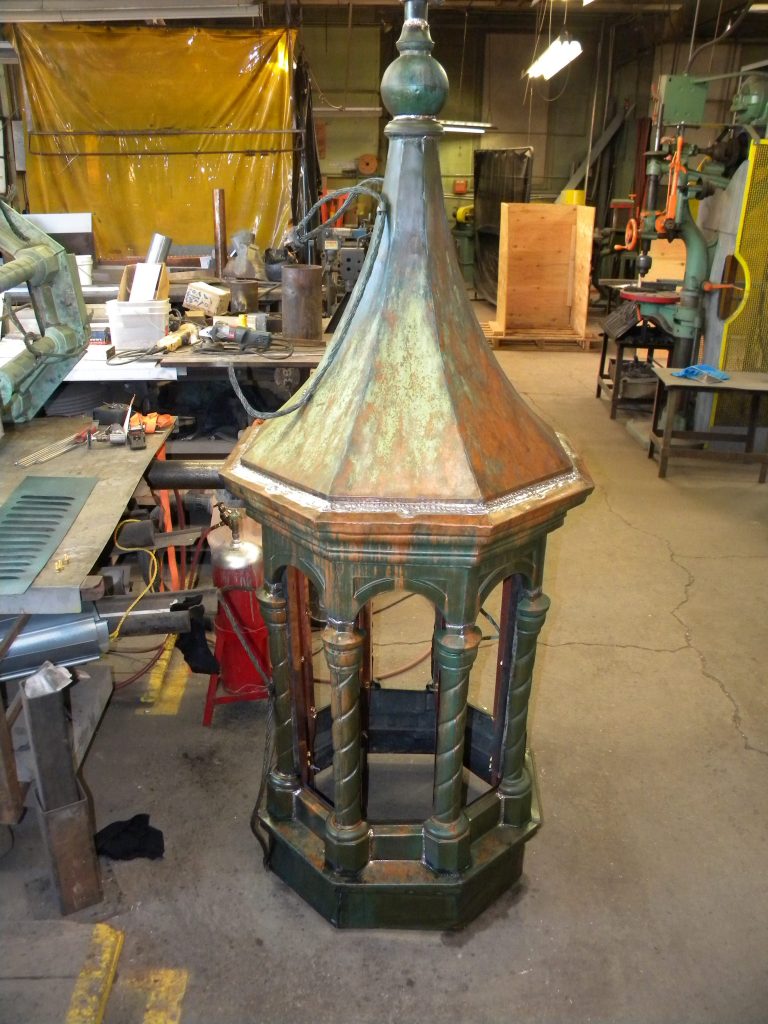 This challenging project for the 1930s complex included extensive repairs of and improvements to the iconic prison towers, their roofs, and copper-clad cupolas.  Spring Sheet Metal & Roofing Co. of Rochester coordinated the copper metal work, under the direction of Mark Cooper, with Bero Architecture PLLC as consultant. The cupolas were thoroughly documented, removed, restored off site, then returned to their highly visible locations, atop the correctional facility towers. 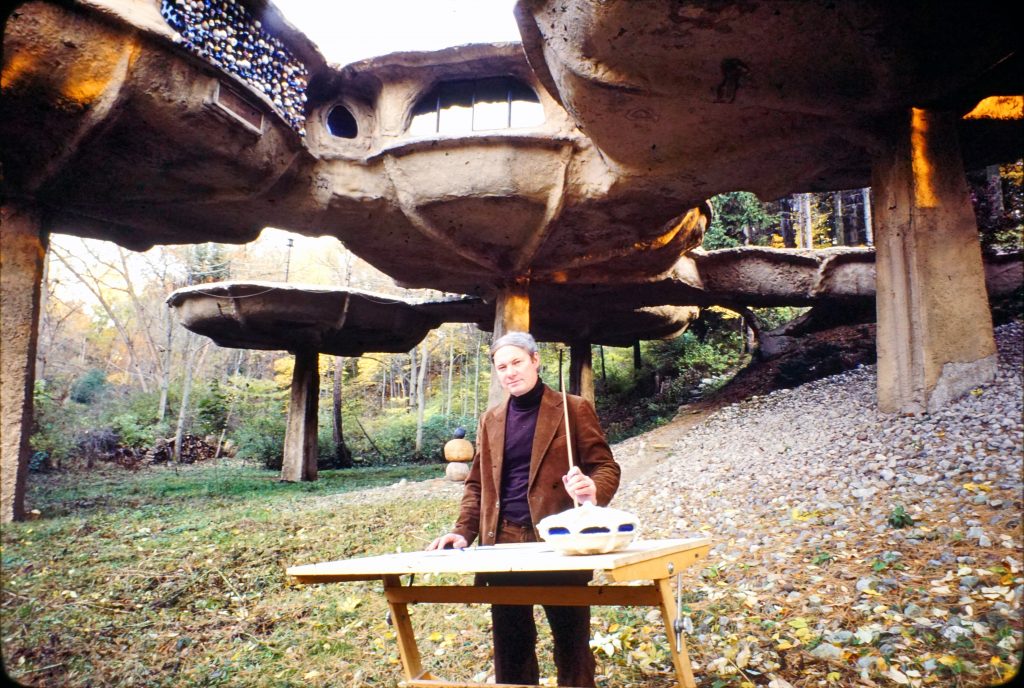 A landmark study of the Rochester’s iconic, late-20th-century architect which catalogues his decades’-long career. Sponsored by the Greece Historical Society, this project was completed by preservation consultant Gina DiBella, and Bero Architecture PLLC staff, Katie Eggers Comeau and Christopher Brandt, with funding  from the Preservation League of New York State, The Landmark Society of Western New York, the  Greece Historical Society,  and the family of James H. Johnson. 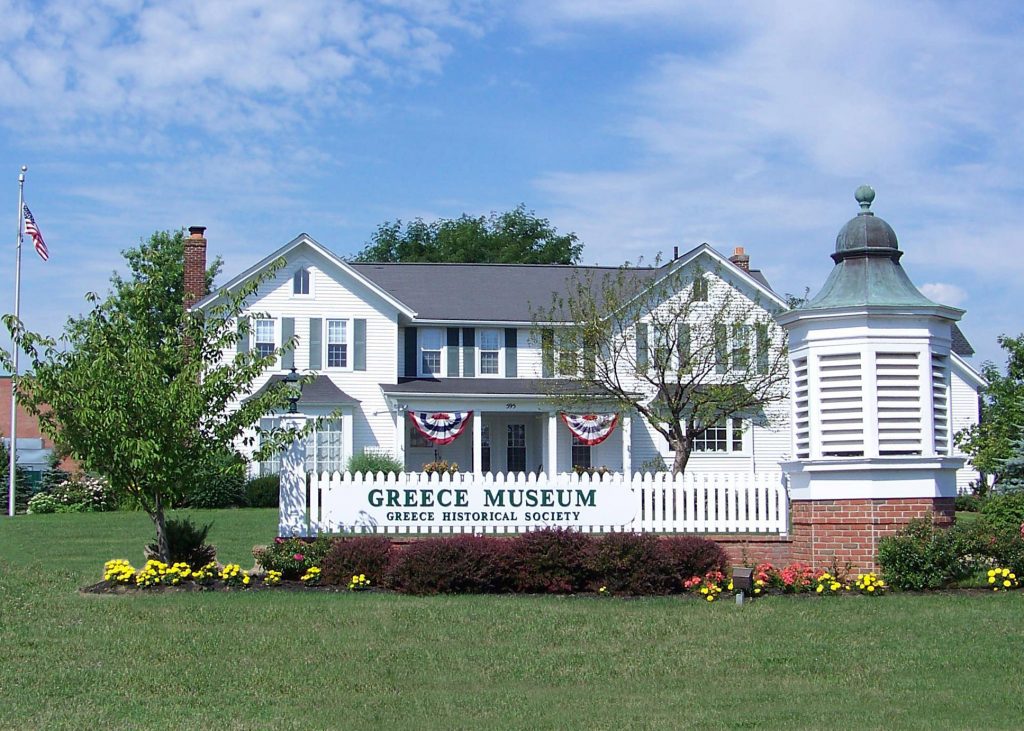 Now celebrating its 50th anniversary, the Greece Historical Society has been an important preservation advocate in the town.  Its major preservation projects include the establishment of a Town Preservation Commission, a Historic Resources Inventory of the town’s 101 most significant properties, and the recently completed “Thematic Inventory of the Architecture of James H. Johnson,” its most ambitious project, to date.  In 1988, the Society acquired its present headquarters, the former Larkin-Beattie-Howe House, which was moved to the Town Hall campus where a museum exhibit hall was later added. GHS currently hosts a popular evening lecture series on local history, architecture, and preservation, that draws large and enthusiastic audiences each month.