I know my vote for next year’s conference Keynote Speaker….

So tonight I get to do something I previously only thought about in my wildest dreams….

Now, for those of you not familiar with actor Ed Norton, he’s in the upcoming release of The Hulk and has starred in such films as American History X, Fight Club and The Painted Veil, directed by Rochester’s own John Curran.

This is a photo of him, his head obviously filled with dreams of being in Rochester. 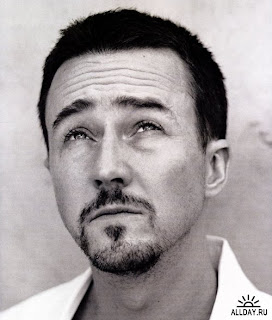 And, just because I enjoy sharing, here is Ed holding his hand in the shape of an “L” which coincidentally is what my name starts with… 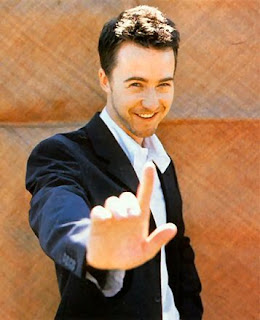 But I digress. This isn’t the blog of my Ed Norton thoughts, although that might be fun. This is about preservation and other things.

I wasn’t aware that Norton is on the board of Enterprise Community Partners. The non-profit organization was founded by his grandfather, James Rouse, who is a well-known developer known for his work in Baltimore’s Inner Harbor, among other projects. One of Enterprise’s main concerns is sustainable low-income housing. To that end, Norton recently appeared before the US House of Representatives Select Committee on Energy Independence and Global Warming to ask for a commitment on behalf of the federal government for green construction.

He asserted that whether you believe in global warming or not, there are some serious steps that have to be taken to protect the Earth and climate change, and the fastest way to do that is to reduce energy waste in buildings.

“The most cost effective ways to do that are by retrofitting existing buildings, while the deepest energy and greenhouse gas reductions can be made in new buildings as they come online,” Norton testified. “We must address existing and new buildings and in each case major gains are achievable by applying what we know today.”

Norton, along with several other leaders and dignitaries such as San Francisco Mayor Gavin Newsom, addressed the panel. Newsom talked to the benefits of implementing LEED energy conservation standards to San Francisco’s building stock. He also asserted that non-green buildings may becoming “obsolete” in the future.

The National Trust for Historic Preservation released comments related to this, which said that “older and historic buildings are not considered ‘obsolete’ simply because of their age and condition because they are already ‘green buildings’ based on the embodied energy contained within these existing structures.” These comments, not surprisingly, were in line with their sustainability initiative. (which Katie did a fantastic article on in our Summer Special Landmarks newsletter. You may read the article online here. )

This whole thing excited me to no end…and no, not just because of Ed Norton. Also, I am, of course, completely simplifying the entire Congressional hearing to serve the purpose of this post. However, this is a roundabout way to get people to think about the new “green” initiatives in a different light and realize our missions really do overlap quite a bit. Preservation isn’t on the outside – we’re right in the middle of it all. See, our job is not just about preserving the past for the sake of history – it’s about creating a sustainable future while not destroying where we came from. Sounds like the same mantra all the neo-environmentalists are fashionably waving about, doesn’t it?

But then again let’s also remember this is a thread about Ed Norton. Lest you forget, worlds are colliding, people! I’m not just talking ‘greenies’ meeting preservationistas here….this is personal. What we have here is a political junkie and a film nerd who works in preservation whose main celeb crush Ed Norton is now testifying to Congress about something that has to do with her job?!

So Ed, babe, call me. We clearly have a lot to discuss. Over dinner. And wine.

I know my vote for next year’s conference Keynote Speaker….

1 thought on “I know my vote for next year’s conference Keynote Speaker….”