Perhaps better known today as Dinosaur Bar-B-Que. Click the image below to see a side-by-side comparison or scroll down to see full-size before and after images. 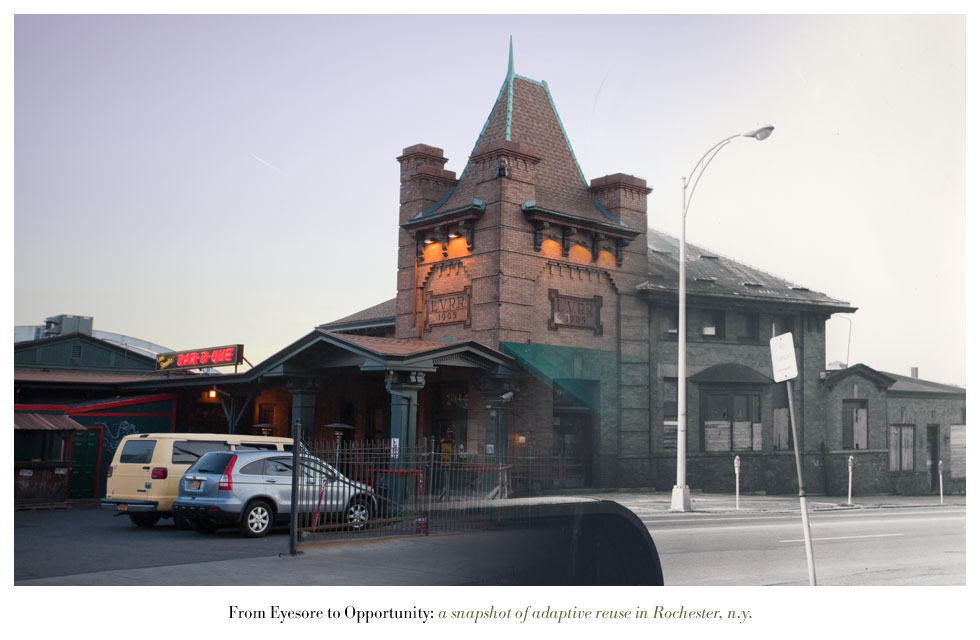 Recent discussions about the fate of the 120 year-old brewhouse at 13 Cataract Street got us thinking. Those in favor of demolishing the building say it’s an eyesore, beyond repair, and a haven for crime. With peeling paint, missing windows, and holes in the roof, certainly the iconic building has seen better days. And yes, crime does occur around the building; that is not an issue to be taken lightly. But will demolishing the building solve this problem?

If we demolished every “eyesore” in Rochester, would we have solved all the City’s problems? Or might we end up tossing the proverbial baby out with the bath water? Over the next few weeks, we’ll be highlighting some of these former “eyesores” to show that almost any building can be rehabilitated, to demonstrate how this rehab can, in turn, transform a neighborhood, and to remind us all of opportunities that were almost lost.

Designed by F.D. Hyde of New York City and completed in 1905, the Lehigh Valley Railroad Station is the only surviving structure inside the Inner Loop that recalls the importance of rail transportation in the growth and development of Rochester. The station is dramatically situated above the Johnson-Seymour mill race and the Genesee River on massive rock-faced limestone piers. It reflects late Victorian period taste with its picturesque massing, the use of colorful materials (two-tone brick walls, copper gutters and flashing, and originally a red tile roof) asymmetrical tower and stylistic references to the French Renaissance in its detailing. 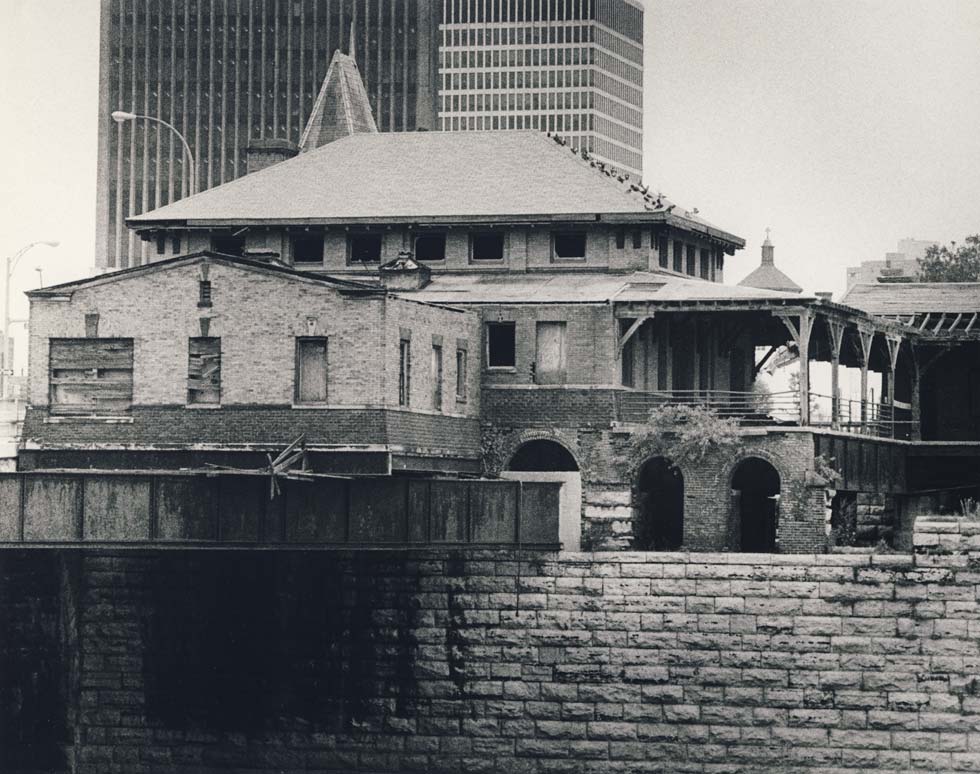 After providing rail passenger service until the 1950’s when the lines were abandoned, the building served a short time as a bus depot and then stood vacant for more than three decades. When Max Farash, a Rochester developer, bought the building from the City for $1 in 1982, it had seen better days. The interior was badly damaged by vandals. Graffiti covered the walls, all of the windows were broken, and part of the roof had collapsed. Holes in the floorboards—some as large as three square feet—exposed the building to the Genesee River rushing below. 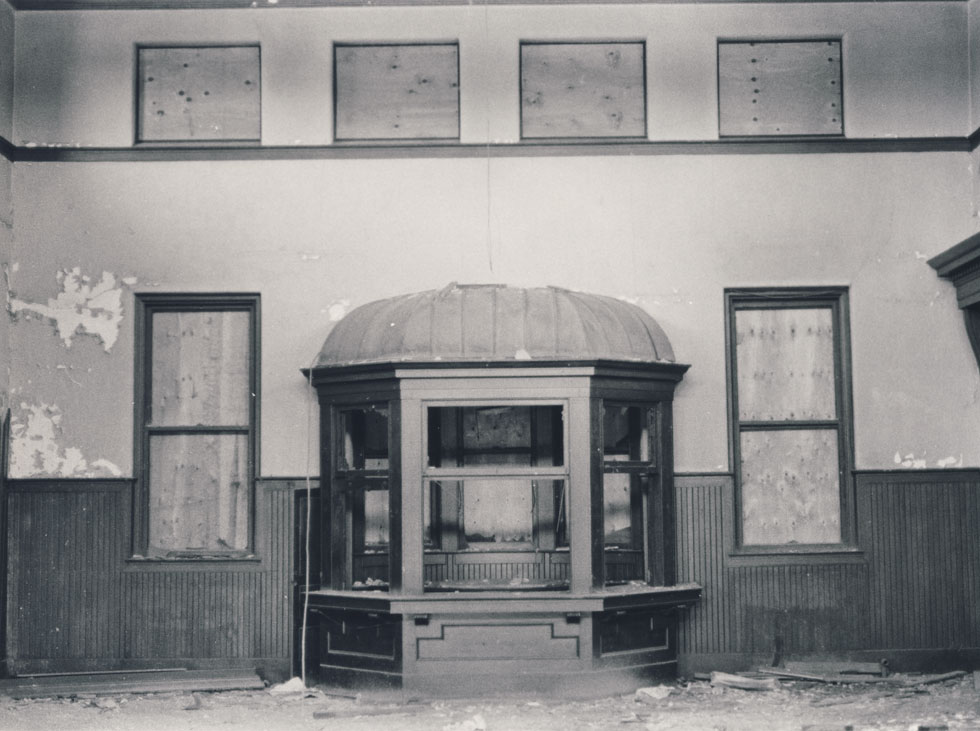 After a nearly two-year restoration Mr. Farash said of the project, “it was an irresistible challenge…a labor of love.” After a short time as a nightclub, appropriately named “Carpe Diem”, the Dinosaur Bar-B-Que purchased the building for $1.1 Million. According to owner John Stage, the Dinosaur now serves over half a million customers each year at this location.

Here’s the “eyesore” before rehabilitation: 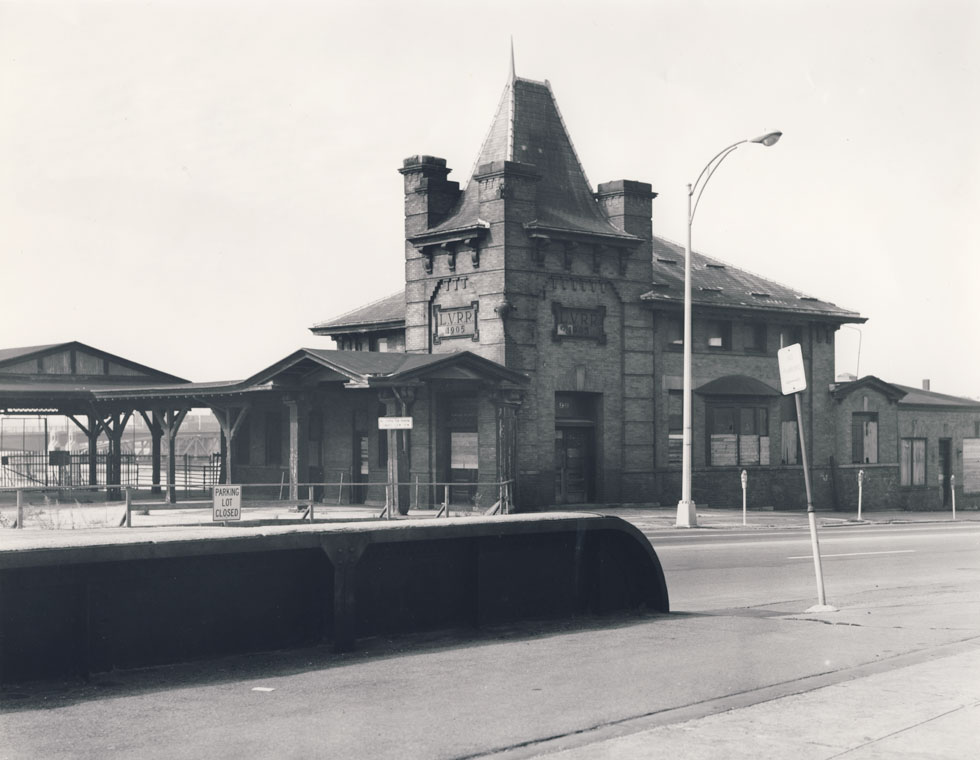 And here’s the “opportunity” that could have been lost (thanks to Richard Margolis for the photo):

Want to see more “eyesores” that have been turned into economic opportunities and assets for our neighborhoods and city? Visit our Success Stories page to see the full list.