From Eyesore to Opportunity: Hoyt-Potter House

Of course, this is one of our favorite Eyesore to Opportunity success stories! Click the image below to see a side-by-side comparison or scroll down to see full-size before and after images. 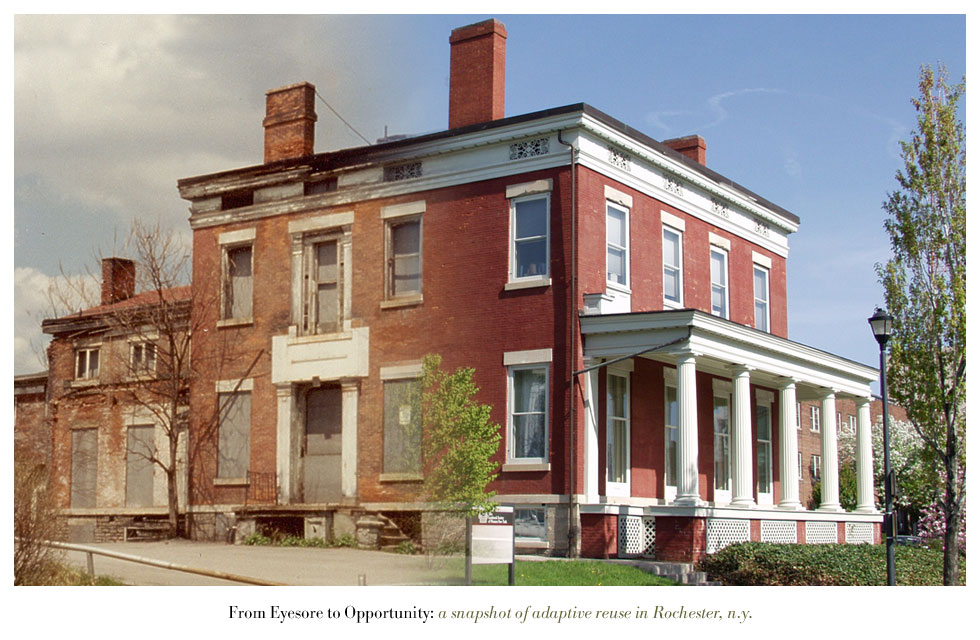 Recent discussions about the fate of the 120 year-old brewhouse at 13 Cataract Street got us thinking. Those in favor of demolishing the building say it’s an eyesore, beyond repair, and a haven for crime. With peeling paint, missing windows, and holes in the roof, certainly the iconic building has seen better days. And yes, crime does occur around the building; that is not an issue to be taken lightly. But will demolishing the building solve this problem?

If we demolished every “eyesore” in Rochester, would we have solved all the City’s problems? Or might we end up tossing the proverbial baby out with the bath water? Over the next few weeks, we’ll be highlighting some of these former “eyesores” to show that almost any building can be rehabilitated, to demonstrate how this rehab can, in turn, transform a neighborhood, and to remind us all of opportunities that were almost lost.

David Hoyt, a prominent Rochester bookseller and stationer, had this Greek Revival style house built in 1840 for his wife and eight children. Hoyt became one of the organizers and largest stockholder of what would become Western Union Telegraph Company and sold his house to successful businessman Henry S. Potter.

In 1969 Jack Lubelle became sole owner of the Hoyt-Potter House, then a boarding house. Already in bad shape by 1972, the owner began a twenty-year process of suing the city for permission to demolish the building. In 1989 a judge denied the final demolition request and the City of Rochester won an appeal to take title (the owner received fair market value payment).

A request for proposals followed and was answered by Hoyt-Potter Associates with a plan to rehabilitate the house. Today it’s our (The Landmark Society) headquarters and also houses the Corn Hill Neighbors Association.

Here’s the “eyesore” and what could have become a parking lot: 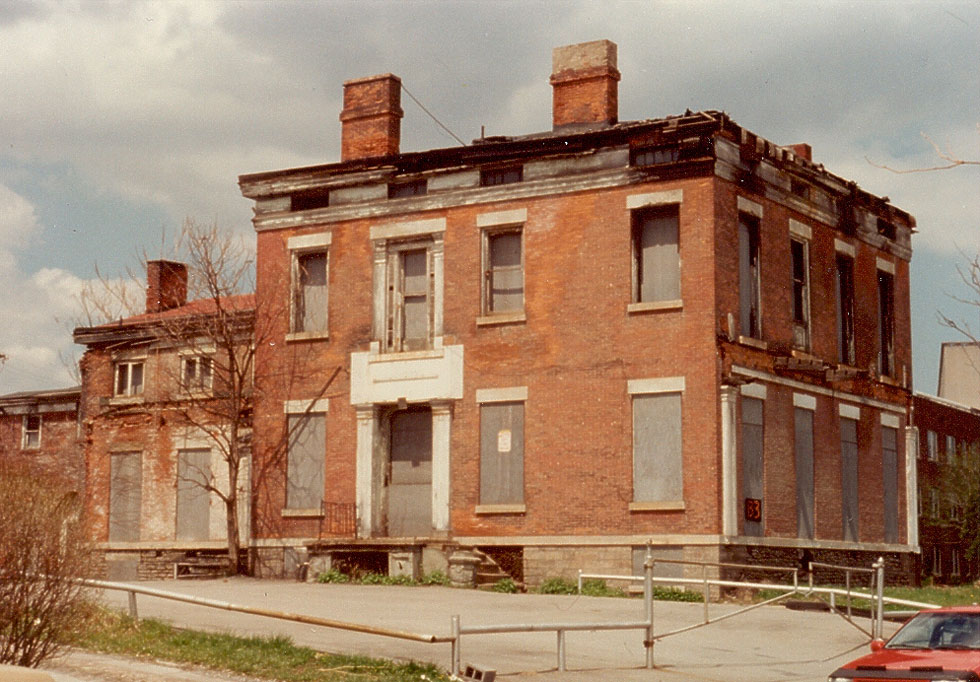 And here’s the “opportunity” we nearly lost: 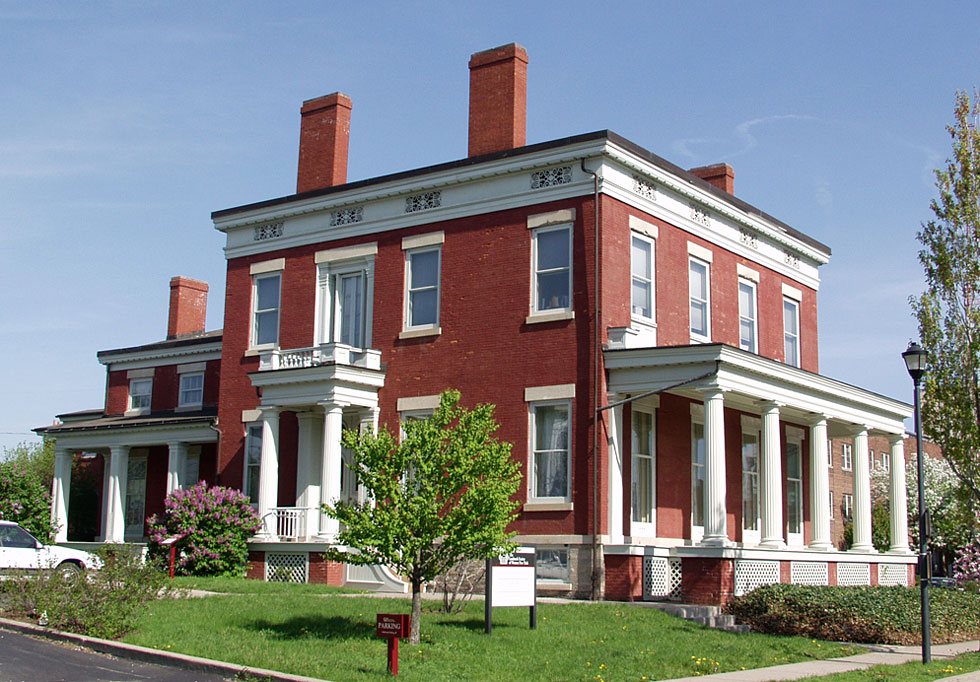 Thanks to Richard Margolis for the before photo!

Want to see more “eyesores” that have been turned into economic opportunities and assets for our neighborhoods and city? Visit our Success Stories page to see the full list.

From Eyesore to Opportunity: Hoyt-Potter House

1 thought on “From Eyesore to Opportunity: Hoyt-Potter House”