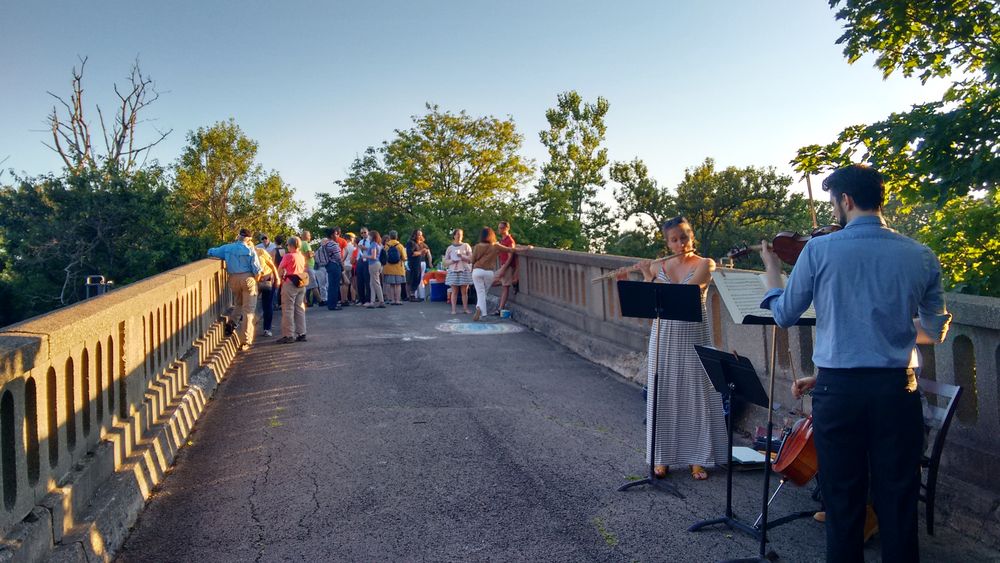 Celebrate the 194th birthday of Frederick Law Olmsted with live music, food, and selfies with Olmsted! Free and open to the public!

You’re invited! On Sunday, April 24th at 2:00 p.m., The Landmark Society’s Olmsted Subcommittee will host a birthday bash for revered landscape architect and designer of Rochester’s parks system, Frederick Law Olmsted. The occasion will also be an opportunity to celebrate and showcase Genesee Valley Park’s concrete arch pedestrian bridges (listed on The Landmark Society’s Five to Revive list and the Preservation League of New York State’s Seven to Save). We’ll be celebrating with light refreshments, music, walking tours, and good company on one of the bridges, over the Erie Canal! We’ll also have a life-size cutout of Fred himself available for selfies.

The Bash will run from 2 p.m. – 4:00 p.m. at Genesee Valley Park. If weather allows, the event will take place at the easternmost concrete arch pedestrian bridge (see below for location details) spanning the Erie Canal. If the weather does not cooperate, we’ll celebrate at the Roundhouse Shelter.

Bridging The Canal is sponsored by:

Rochester is just one of four cities nationwide that boasts an entire park system designed by Frederick Law Olmsted, best known for his design of New York’s Central Park. Olmsted designed Highland, Genesee Valley, and Seneca Parks for Rochester. He and the firm that continued his work after his retirement also designed several parkways and small neighborhood parks.

In 1888, Rochester’s Board of Park Commissioners selected Olmsted to design a network of parks and parkways for the city. Olmsted encouraged the Commissioners to set aside generous amounts of open space as the city’s first major public parks and proposed a system focused on the city’s great natural asset – the dramatic Genesee River in all its glorious variety. 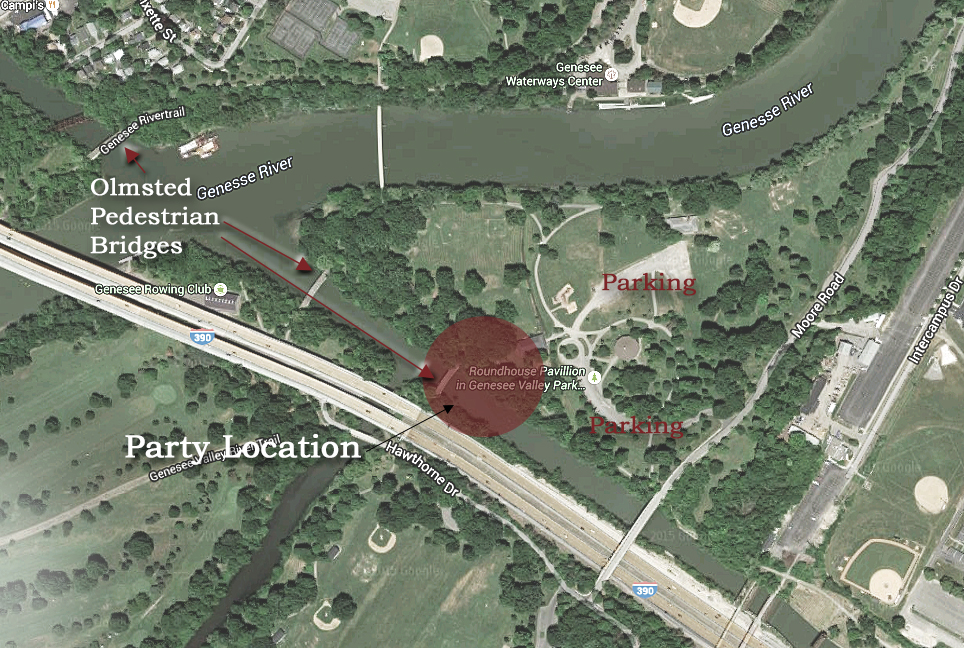