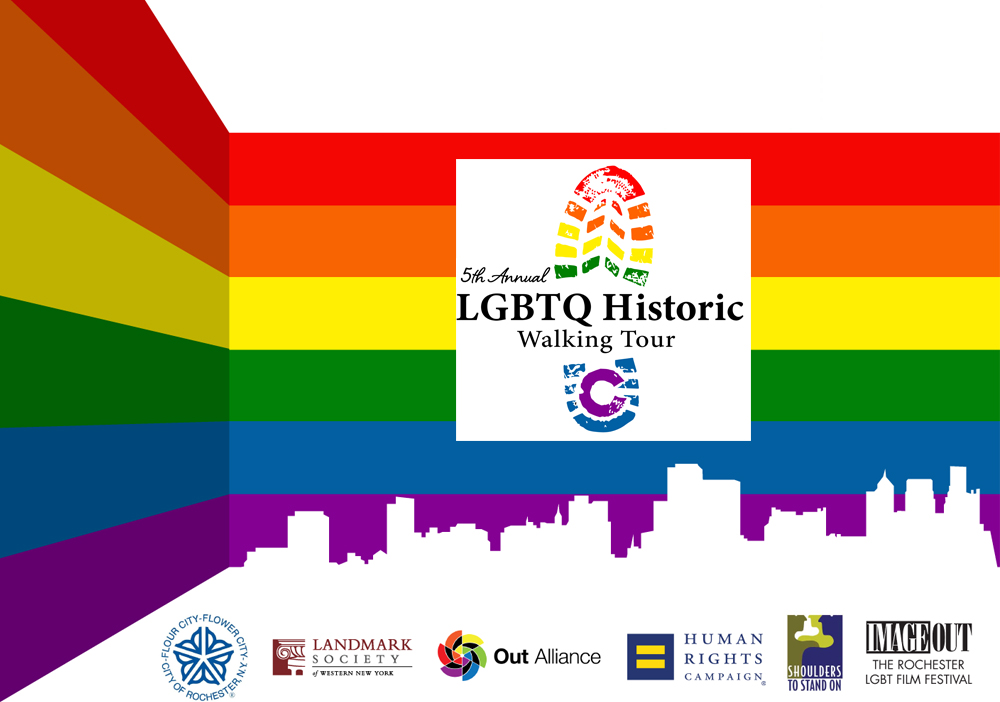 Celebrating the 50th Anniversary of the Gay Liberation Front

Resistance in the ‘70’s: Have We Come Full Circle?

This year marks the 50th Anniversary of the Gay Liberation Front (GLF) – the group that carried the movement set in motion by Stonewall Riots on June 28, 1969 in Greenwich Village at the Stonewall Inn.  On October 3, 1970 Bob Osborne and Larry Fine, founders of the GLF at the University of Rochester, held the first meeting of the GLF at Todd Union on the River Campus. On October 3, 2020 at 5:30pm, the exact time of that first meeting, we invite you to meet the founding members, and hear the story of how the Speakers Bureau and the Empty Closet began. You will also hear about the harassment by students and administration toward LGBTQ students on the River campus and at the Eastman School of Music. We will replay the tour on the same evening at 7:00 PM as an ImageOut Pre-Festival Special Event.

This 5th LGBTQ Virtual Historic Walking Tour brings us back to our roots. We celebrate the resistance begun 50 years ago that continues today in our struggle for basic human rights, equality and justice.  This 5th Historic Walking Tour will recount past experiences that are relevant to our political discourse today.  We ask you to answer the question: Resistance in the ‘70’s: Have We Come Full Circle?