We are so excited to welcome our newest staff members, Becky and Ryan!

Becky joined the LSWNY team in April 2021 as a Preservation Outreach Coordinator, and will manage community outreach and digital media, working closely with the Preservation Planner and Director of Preservation on LSWNY’s fee-for-service projects. Becky grew up in the Rochester area, and is a graduate of Greece Arcadia High School. She received her Associate of Architectural Engineering from SUNY Alfred State and her Bachelor of Architecture from Virginia Tech. Becky moved to Nashville after college and spent five years working as a Town Planner and Architectural Guidelines Coordinator for Southern Land Company, creating architectural pattern books and zoning applications for mixed-use and residential developments in Texas and Tennessee.

Prior to starting with the LSWNY, Becky was the Director of Implementation for Town Planning & Urban Design Collaborative (“TPUDC”), a planning and urban design firm specializing in the creation of mixed-use, pedestrian-friendly environments. There, Becky led public outreach and engagement efforts and managed comprehensive planning and zoning projects for cities and towns across the country.

After spending nearly 20 years in the south, Becky returned to the Rochester area to be closer to her family. 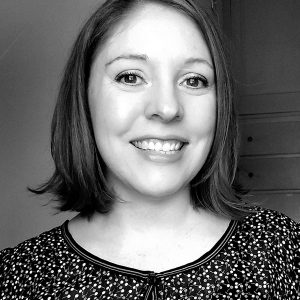 In her free time, she enjoys exploring all that the northeast has to offer, especially its waterfalls, antique stores, campgrounds and breweries.

Ryan joined the LSWNY team in April 2021 as a Preservation Outreach Coordinator, and will assist with managing community outreach and digital media. Ryan will mostly be working closely with the Preservation Planner and Director of Preservation on LSWNY’s fee-for-service projects. Ryan grew up in Hendersonville, TN. (Home of Johnny Cash and other Country Music Stars) just outside of Nashville, TN. For a few years after highschool, Ryan spent his time traveling the North East and taking college courses abroad, eventually moving to Savannah, GA. to pursue his love for Historic Preservation. Ryan Received his BFA in Historic Preservation from the Savannah College of Art and Design (SCAD). Ryan Stayed in Savannah, GA. after graduation to work for the National Park Service as a Historic Preservationist and Engineering Technician at Fort Pulaski National Monument.

After working for the National Park Service, Ryan decided he wanted to get more involved with the community he was living within, so prior to starting with the LSWNY, Ryan was the Cultural Resources Planner for the Chatham County – Savannah Metropolitan Planning Commission, staffing a number of Review Boards, and managing the Historic Site and Monument Commission.

Although Ryan grew up in the South, it was his time spent in the North East before college that cemented his love for this part of the country. 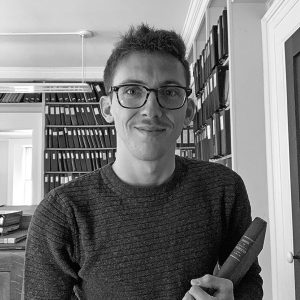 In his free time, he enjoys finding hole-in-the-wall restaurants, walking endless miles with his dog, and listening to True-Crime podcasts.