Bash on the Bridges

Join The Landmark Society and the Preservation League of New York State as we celebrate the Olmsted Pedestrian Bridges in Genesee Valley Park! 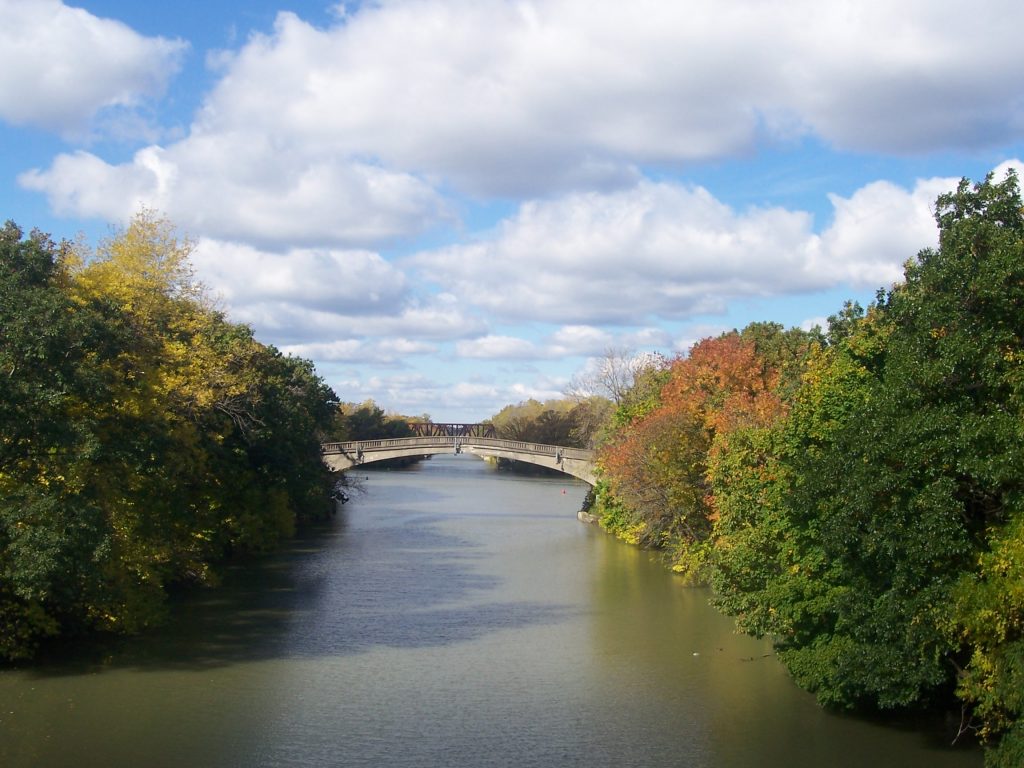 The Preservation League of New York State and The Landmark Society of Western New York will host a celebration of the three Olmsted pedestrian bridges in Rochester’s Genesee Valley Park on Thursday, July 23 from 6:30 – 8:30 p.m. The event will begin at the Canalside Shelter on the east side of Genesee Valley Park with live music, lawn games, drinks, and light refreshments (see below for aerial view with location details).

Short, guided walking tours of the Park and the handsome concrete arch bridges, which were built in 1916 and 1919 and designed by the influential Olmsted Brothers firm, will depart at 6:45 p.m.

The pedestrian bridges link regional and statewide trails including the Erie Canalway and are functional and historic assets. Limited funding, deferred maintenance, and uncertainty about rehabilitation responsibilities have put these bridges at risk.

Casual dress and sturdy shoes are recommended for the walking tour. Light refreshments will be served. Partygoers are encouraged to bring their own lawn chairs and lawn games.

The Preservation League of New York State named the three bridges to its list of the Empire State’s most threatened historic resources, Seven to Save, in 2014.

“Since 1999, Seven to Save has mobilized community leaders and decision-makers to take action when historic resources are threatened,” said Jay DiLorenzo, President of the Preservation League. “A Seven to Save designation from the League delivers technical assistance, fosters increased media coverage and public awareness, and opens the door to grant assistance for endangered properties.”

In late 2011, the New York State Department of Transportation (Region Four) released a Conditions Assessment and Concept Study for the three bridges which identified structural deficiencies, erosion issues, and other concerns. Even without a study, the deterioration of concrete surfaces and details are obvious. The report identified five treatment alternatives, three of which call for replacement.

The event will celebrate the efforts of local stakeholders such as the City of Rochester, Monroe County, the NYS Department of Transportation and The Landmark Society of Western New York, to devise a plan for stewardship of these bridges.

“These Erie Canal pedestrian bridges are a unique and highly visible feature in one of our most important historic landscapes, Genesee Valley Park,” said Wayne Goodman, Executive Director of the Landmark Society. “The park was originally conceived as a major component of the Rochester park system, one of only four park systems in the country designed by Frederick Law Olmsted, one of America’s most prominent and visionary landscape architects. We invite neighbors of Genesee Valley Park and all Rochesterians to join us in celebrating and drawing attention to these remarkable assets.”

There is no cost for the event, but space is limited and reservations are required. The event will be held rain or shine. >>Click here to RSVP.

The Canalside Shelter is located adjacent to the easternmost of the three Olmsted pedestrian bridges. To get to the shelter and the bridges, enter the Park from Elmwood Avenue. Follow the park road (Moore Road) and just before crossing the Erie Canal, make the first right towards the shelter parking lot. Cyclists may access the bridges by following the Genesee Riverway Trail on the east side of the river. Those taking the Riverway Trail from the west should make a left and cross the river just after the Genesee Waterways Center. 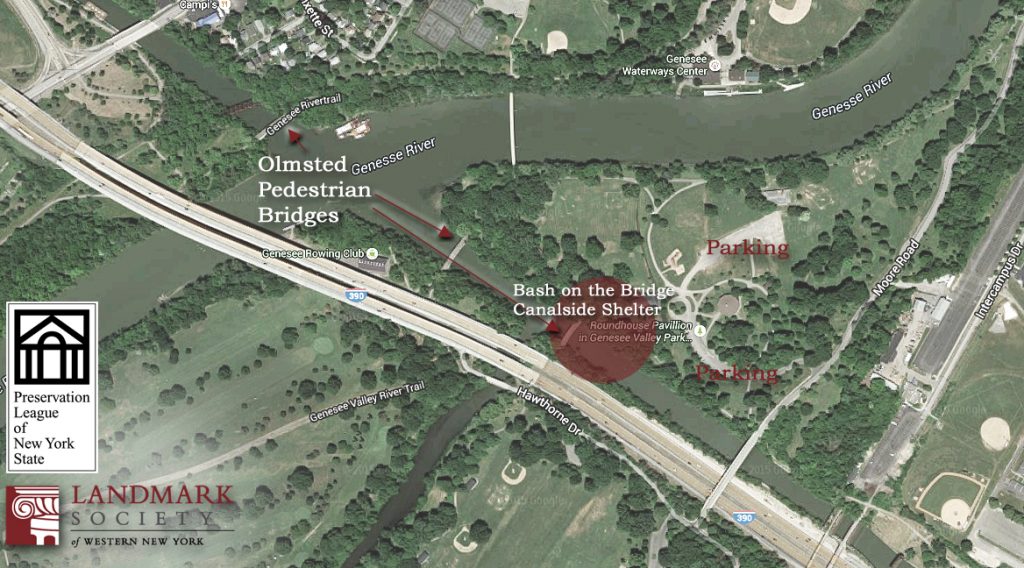 Bash on the Bridges