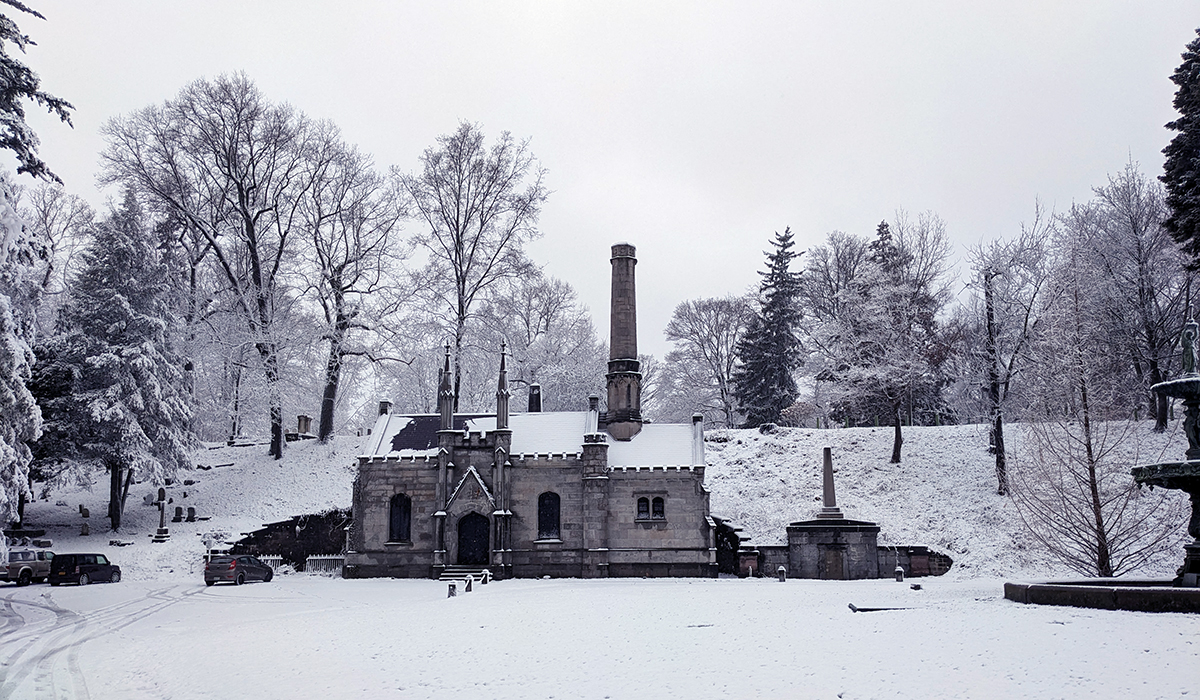 The heart of preservation is community revitalization. In 2013, we launched the Five to Revive program, a list that calls attention to five properties in Western New York in need of investment. Whether buildings, landscapes, or structures, they are significant historic properties whose rehabilitations can become catalytic projects for the neighborhoods and communities that surround them.

Each year we work collaboratively with owners, municipal officials, and developers to facilitate investment and foster rehabilitation. The goal is to return these important historic resources to a prominent in their respective communities, as economic and social assets that spark even more investment and revitalization. 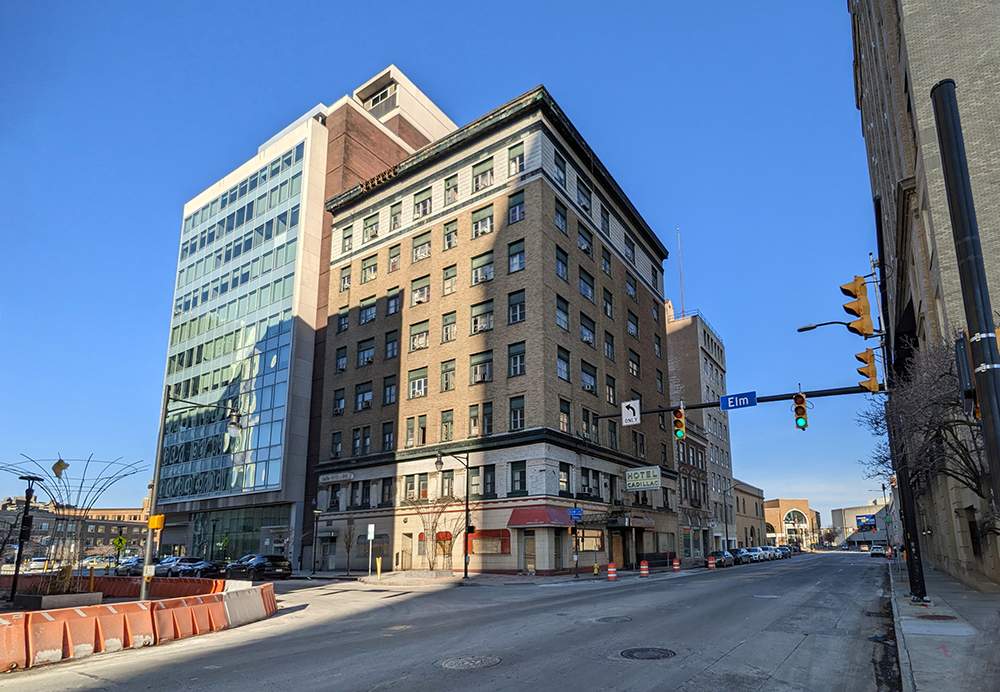 One of the most recognized buildings in downtown Rochester, Hotel Cadillac has experienced several evolutions. Built in 1915 as the Fine Arts Building, which provided studio space for artists, it was enlarged and converted to a hotel in 1927. The unique Art Deco style façade dates to a 1938 remodel. Located within the East Main Street Downtown Historic District, the Hotel Cadillac is one of the last major buildings in the East End neighborhood that hasn’t been rehabilitated. For the last several decades, the Cadillac has been operated to provide short and long term shelter for a range of at-risk populations, leveraging the public housing voucher system. Proceeds from this venture were rarely invested in building upkeep, and over time the building steadily deteriorated, resulting in substandard housing conditions. In 2018, the hotel was closed and residents were forced to vacate. Several stalled attempts at redevelopment followed, but the building has remained vacant with the state of interior deterioration becoming critical. However, a promising project may be on the horizon—CSD Housing and the YWCA are partnering to explore rehabilitation options for the more than 100-year-old building. A full rehabilitation would bring the Cadillac back to life and, more importantly, provide much-needed affordable housing to Rochester residents. 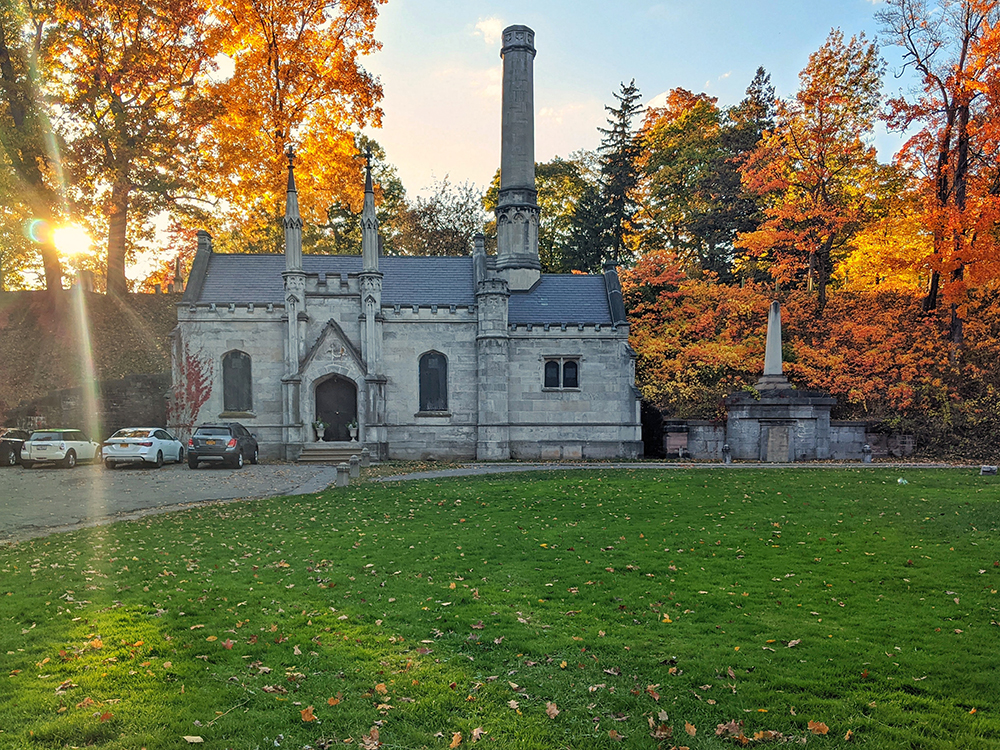 Located opposite the historic entrance and gatehouse at Mt. Hope Cemetery, the Old Chapel was built in 1861-1862 as a chapel and mortuary. This limestone building was designed in the Gothic Revival style by father and son architects, Henry Searle and Henry Robinson Searle, and has a 1912 crematory addition. The Old Chapel is a highly significant building in one of the oldest municipally owned cemeteries in the nation. Despite its architectural splendor, the building has remained unused since the 1970s. Although some measures have been taken to slow deterioration, without significant intervention and plans for its long-term use and rehabilitation, it will continue to deteriorate until it ultimately is beyond repair.

Due to its unique construction into and under the hillside, an adaptive reuse of the Chapel presents some unique challenges and maintenance issues. Nonetheless, the building remains an excellent candidate for rehabilitation. A 2016 Master Plan for the cemetery, completed by the City of Rochester, recommended reuse of the 1862 Chapel. A condition assessment of the building, conducted in conjunction with the Master Plan, provided recommendations for repair. A creative reuse could have an enormous community and economic benefit, as similar projects in other Victorian-era cemeteries such as Forest Lawn in Buffalo and Green-Wood in Brooklyn have had. 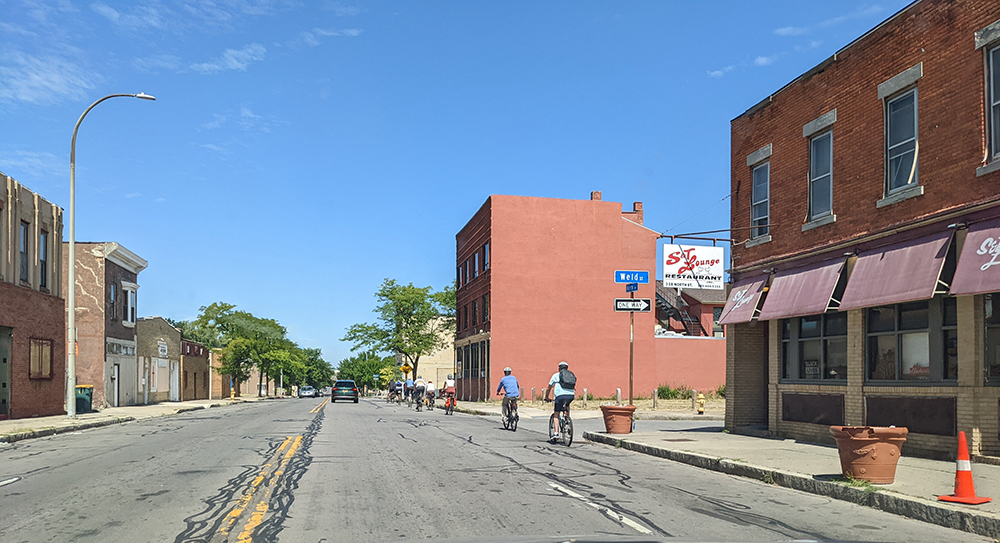 Rochester’s identity is closely intertwined with both its original urban design and its rich horticultural history. Its streets, neighborhoods, and green spaces were planned during a period when American cities were emulating the tree-lined boulevards of Paris and wooded residential neighborhoods of England. Landscape architects like Frederick Law Olmsted, who designed Rochester’s park system, advocated for the planting of street trees to provide green connections between open spaces, enhance the pedestrian experience, and elevate the environmental character of the city. Providing tangible benefits beyond just aesthetics, current studies show that urban trees foster a host of public health and community benefits, including increased property values, cooler summer temperatures, crime reduction, and improved mental and physical health.

Since the second half of the 20th century, many of our city streets have been designed or retrofitted at the expense of the tree lawn and the pedestrian experience, with the mindset that the automobile is dominant. The idyllic urban streetscape of the past is no longer a reality for many neighborhoods, and in some cases, never was. The reality: Rochester’s tree cover is inequitably distributed. As Justin Murphy documented in his 2022 “The Forest in the City” series in the Democrat and Chronicle, neighborhoods with more poverty, more renters, and fewer white residents, have fewer trees. According to the D&C series, Rochester neighborhoods with less tree cover have been shown to experience hotter summer temperatures and have higher rates of physical and mental health issues.

Advocating for protection of the existing mature tree canopy in our neighborhoods is not enough. It is imperative not to overlook the lack of trees in many of Rochester’s neighborhoods, particularly those in the city’s northeast quadrant. This quadrant has historically been home to Rochester’s lowest income and most vulnerable residents. One step that could begin to address this inequity is an updated urban forest master plan. Supportive implementation follow-up is just as important, and could include public education, public-private partnerships that engage residents, and pursuit of state and federal funding for tree planting. 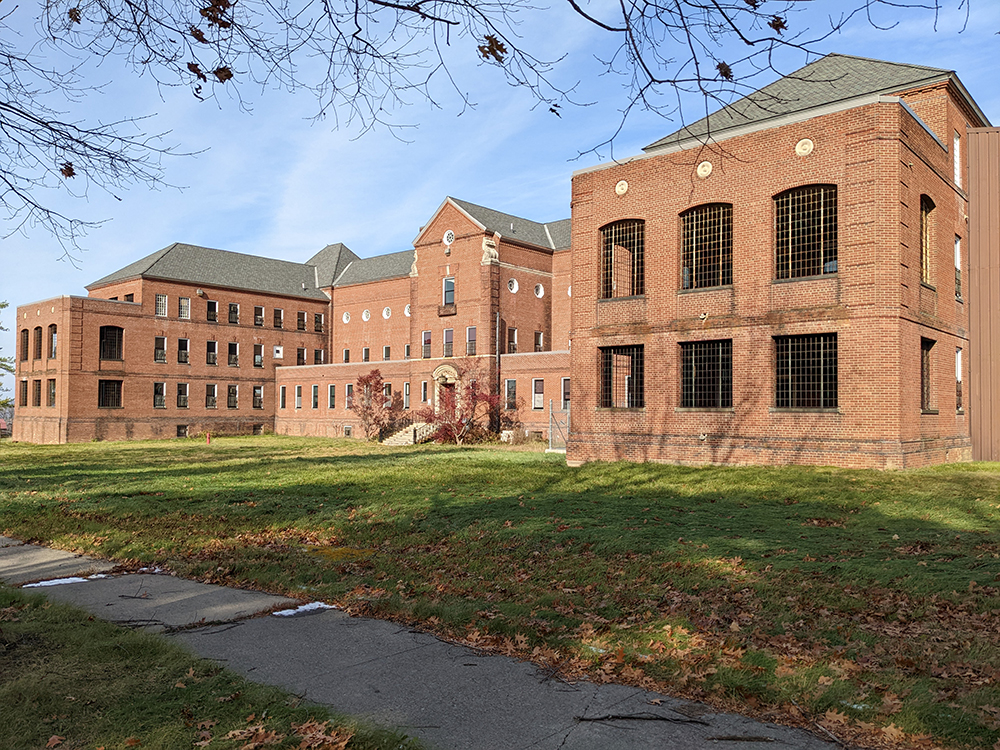 The former Willard State Hospital was established in the 1860s on the eastern shore of Seneca Lake. This  bucolic, rural site was chosen with the hope that the beautiful surroundings would be a source of comfort and healing for the residents. Willard State Hospital defined the physical landscape, cultural environment and economic livelihood of this corner of the Finger Lakes region for nearly 175 years. The complex was the largest of its kind in the 1870s, comprising over 1,000 acres, with dozens of buildings, open space, and working farms.

After the New York State Office of Mental Health closed the hospital in 1995, campus ownership shifted to the Department of Corrections and Community Supervision (DOCCS), who adapted some buildings for their program purposes while allowing others to fall into a state of disrepair. In November 2021, DOCCS announced that it would be closing its Willard State facility and vacating all buildings by March of 2022, with ownership transferring to the Empire State Development Corporation. The sudden announcement did not include plans to secure the buildings for future use.

Today, the Willard property encompasses approximately 400 acres, including a mile of valuable Seneca Lake shoreline. Despite the loss of several architecturally important buildings, about 70 buildings still stand. The Willard complex was included in the Preservation League of New York State’s 2022-2023 Seven to Save and last year the NY State Historic Preservation Office determined that the campus is eligible for listing in the National Register of Historic Places, due to both the historic structures and their cultural context. Local advocates and residents point to the central role that the campus has played in the area, not just as an economic driver but also fostering a sense of community.

Despite recent increased attention, the buildings and grounds at Willard remain at risk. The scale of the redevelopment activities and investment necessary to bring large complexes like this one back to life is challenging. But the potential, long-lasting, beneficial impact of these efforts is also great. Careful thought and consideration of the campus, its buildings, and the needs and desires of Seneca County residents must inform any redevelopment plan. With a clear community-supported vision established, the resources to execute the plan can then be pursued and secured. 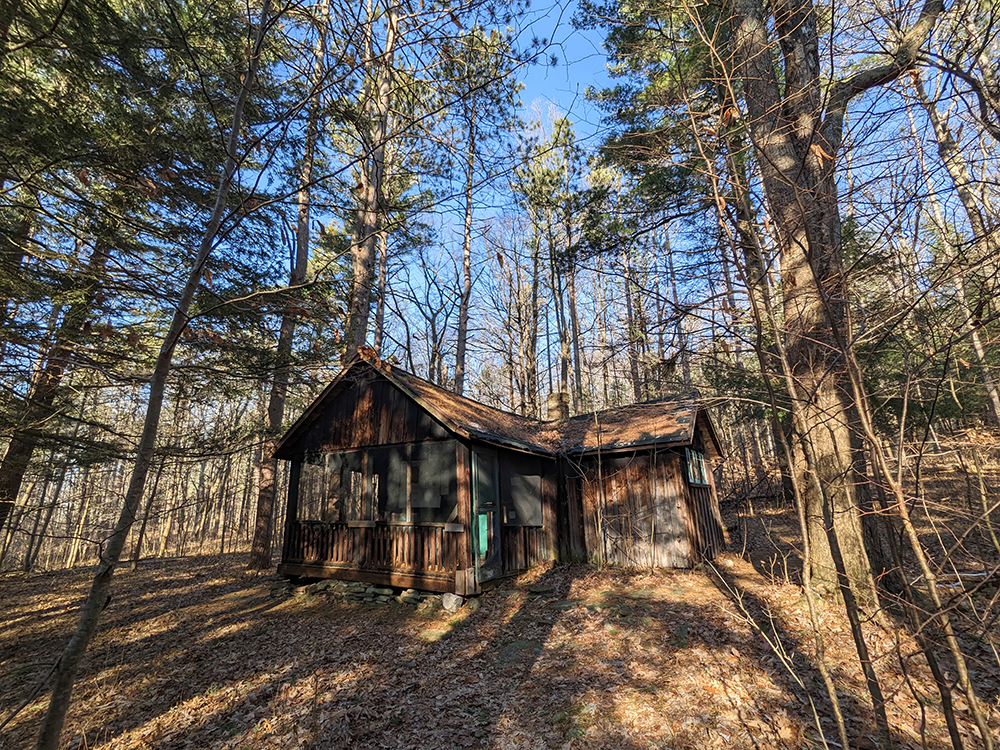 The John Wenrich Cabin is a small, one-story wood frame cabin accessible via foot trails through the Wesley Hill Nature Preserve, a 390-acre preserve located in the Bristol Hills and owned by the non-profit Finger Lakes Land Trust (FLLT). The cabin was built in 1926 when three artists—John C. Wenrich, James Havens, and Colburn Dugan—bought a 90-acre piece of paradise as a place for peace, quiet, and contemplation. Wenrich (1894-1970) was nationally renowned for his architectural renderings and he and his family were longtime supporters of The Landmark Society.

Focused on its mission-based work of conserving forests, farmlands, gorges, and shorelines throughout the Finger Lakes region, the FLLT has largely left the cabin alone. Without action, the cabin will deteriorate until it is beyond repair. The Landmark Society is eager to partner with the FLLT to better understand the full extent of the cabin’s structural condition and explore potential future uses and funding opportunities so that visitors to the preserve can continue to enjoy it as a place of quiet contemplation. The Wenrich Cabin highlights a challenge that many land conservation organizations face—how to approach and treat historic structures that may come along with their land acquisitions, when these assets are often outside an organization’s primary focus and expertise of preserving natural resources.